Meet Rep.-Designate Alex Skinny Winkler While You Can 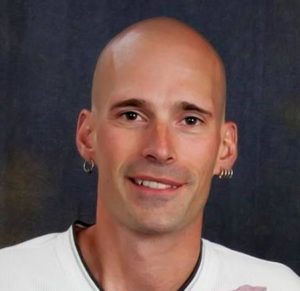 As the Denver Post’s Jesse Paul reports–after Colorado Republicans decided to go ahead and own the legacy of expelled Rep. Steve Lebsock by claiming the right to appoint Lebsock’s replacement due to Lebsock switching parties literally one hour before his expulsion, there was, as there always is, an opportunity for them to make a smarter choice. Perhaps to nominate a brilliantly qualified and locally-beloved statesman who would be able to put up an actual fight for a district that, while trending Democratic, might be flippable under a certain set of circumstances.

Yeah, you knew that wasn’t going to happen!

[Alexander “Skinny”] Winkler lost to Lebsock in 2014 and made a failed bid in 2016 to become an Adams County commissioner. He said he doesn’t think he would have voted to expel Lebsock if he had been part of the legislature when the decision was made — “I don’t think the proper procedure was followed,” he said — though he thinks there should have been discipline for the allegations leveled against the former lawmaker…

Winkler said he most identifies with Rep. Justin Everett, R-Littleton, in the Colorado House. Everett is known as “Dr. No” for his propensity to reject legislation.

“I’m a small government fella,” Winkler said. “Any bills that seek to lessen the role of government, if you will, would win my favor.”

So, the first thing we’d like to get resolved with Rep.-designate Alex Skinny Winkler is whether or not the (we assume) nickname “Skinny” is meant to be written with quotation marks. We do see that’s what the Denver Post did, but they could have been following the AP Manual of Style or something rather than, you know, Skinny’s preference. On Skinny’s Facebook page, you’ll notice that he does not use quotation marks, so we expect in the very, very limited time we’ll be talking about Skinny Winkler we’ll follow his lead.

As Paul notes above, Skinny lost to Rep. Lebsock in 2014 by 9.8%. In 2016, Skinny lost by a similar margin to incumbent Adams County Commissioner Eva Henry. Skinny in fact lost by a bigger margin to Lebsock in 2014 than a subsequent Republican challenger did in 2016, though a Green candidate in 2016 did pull some votes away from Lebsock. The point is that Skinny has not ever even come close to performing well in an Adams County election. Given that Skinny’s introduction to the Colorado political big-time after his appointment consisted of defending Lebsock, who was expelled from the House by an overwhelming bipartisan margin, and promising to govern in the style of one of the legislature’s biggest (and sleepiest) Ayn Randian obstructionists, we’re not seeing anything like a good fit here.

In November, we fully expect Skinny’s legislative career to end as ignominiously as it began.