UPDATE: Just so there is no confusion, State GOP Chair Jeff Hays confirms that Republicans could have made a smarter choice but decided against it:

GOP chair says @cologop could have been “magnanimous” and let D @GovofCO pick @RepLebsock replacement, but to him personally, that seemed phony. He was an R when he was ousted — no matter how long — the Rs will fill vacancy. #coleg #copolitics 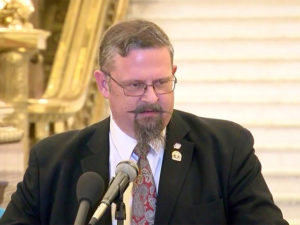 As 9News reports, Colorado Republicans have decided that they will indeed fill the vacancy in House District 34 that was created when the State House voted to expel Republican Rep. Steve Lebsock last week:

Colorado Republicans announced Friday morning that they have formed a committee to fill disgraced Rep. Steve Lebsock’s seat following his expulsion from the state House of Representatives, saying that “it would be dereliction of duty to punt the appointment to Governor John Hickenlooper” and that they’re doing it because of what they’re calling a “cover up” by Democrats…

…Lebsock, who was a Democrat, covertly switched parties shortly before his expulsion last Friday. Five women filed formal sexual harassment complaints against Lebsock, with allegations ranging from him propositioning them for sex to unbuttoning the top button of a woman’s blouse…

…The Colorado Republican Committee has not announced when the Republican Central Committee of House District 34 will meet to fill Lebsock’s vacancy, but they said it could be later this month.

Because of Lebsock’s last-minute change to the Republican Party, the GOP could have declined to fill Lebsock’s vacancy and left it to Gov. John Hickenlooper to appoint a replacement. It made perfect sense for Republicans to leave this alone for a number of reasons, not the least of which is the fact that HD-34 is not a winnable seat for the GOP. Picking up one more seat in the House has no strategic value for Republicans where the 2018 legislative session is concerned; Democrats will still hold a seven-seat advantage for the final six weeks of the session, and they will almost certainly regain this seat in the November election. 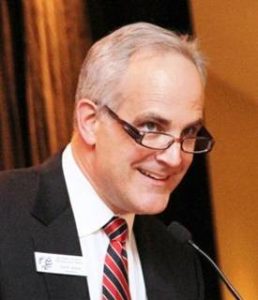 Here’s what Colorado Republican Party Chairman Jeff Hays said about the decision in a statement:

“Statute clearly assigns our vacancy committee the authority and responsibility to fill this seat. After careful consideration, we concluded it would be dereliction of duty to punt the appointment to Governor John Hickenlooper. We owe it to the people of House District 34 to give them the experience of ethical representation, which the Democrats, when they controlled the seat, signally failed to provide.”

By deciding to fill this seat, Republicans are in effect acknowledging the legitimacy of Lebsock’s late registration change. In other words, the GOP is confirming that the State House expelled a Republican legislator last Friday — the first expulsion of a sitting legislator in more than 100 years. Lebsock was a Democrat and his transgressions occurred while he was a member of the Democratic Party, but this decision by the GOP leaves no doubt that the record will forever show that it was a Republican legislator who was expelled in 2018. Furthermore, news accounts of the upcoming vacancy committee will note that it is a Republican Party process, which will likely convince many voters that Lebsock was a Republican lawmaker all along. 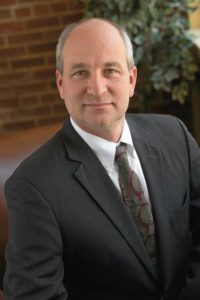 Republicans are doing all of this for one reason: To provide cover for the inaction of Senate Republicans in their own sexual harassment scandal. Senate President Kevin Grantham steadfastly refuses to take any sort of punitive action in the wake of sexual harassment charges made against Senators Randy Baumgardner, Jack Tate, and Larry Crowder, despite the fact that independent investigations deemed complaints against all three Senators to be credible. It is no coincidence that Republicans hold a narrow one-seat advantage in the State Senate; even a temporary removal from office would deprive Grantham of his majority.

After Lebsock’s ouster, the ongoing story of sexual harassment at the State Capitol shifted to the State Senate exclusively. The GOP is desperately sticking with its message that the Lebsock mess involved some sort of cover-up by State House Democrats because it is their only hope to distract from Grantham’s abdication of responsibility. This strategy isn’t really working for Republicans, but they have no other response as the story keeps spinning out of their control.