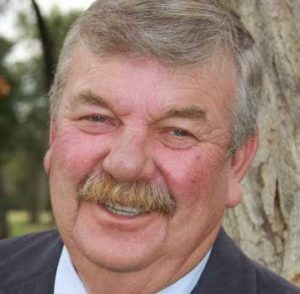 KUNC’s Bente Birkeland reports on the latest case of alleged sexual harassment to hit the Colorado Senate GOP majority–this time an allegation from a fellow lawmaker against Sen. Larry Crowder of Alamosa:

Sen. Larry Crowder, R-Alamosa, is the latest lawmaker to be named publicly in allegations of sexual misconduct.

His accuser, Rep. Susan Lontine, D-Denver, cited two incidents. She said Crowder pinched her buttocks and made an inappropriate sexual comment. She formally complained on Nov. 30, 2017, and in January an outside investigation found the allegations to be credible.

Under the General Assembly’s workplace harassment policy, Senate and House leadership determine the consequences for credible allegations against legislators in their respective chambers. Lontine did not ask for disciplinary action, but outlined next steps she hoped would happen. She asked that he receive sexual harassment training and convey a “sincere recognition of inappropriate behavior.”

At a meeting on Monday (Feb. 5, 2018) attended by Republican Senate President Kevin Grantham and Democratic House Speaker Crisanta Duran, Lontine claimed that’s not what happened. She said Crowder apologized, but did not admit to doing anything wrong…

This latest case brings the number of Republican Senators implicated in the widening scandal over sexual harassment in the Colorado general Assembly to three–but this evening the story took on a far uglier dimension after former GOP Sen. Shawn Mitchell of Broomfield, who has reportedly never even met Rep. Sue Lontine, had what can be best described as a misogynist meltdown over her story on Facebook: 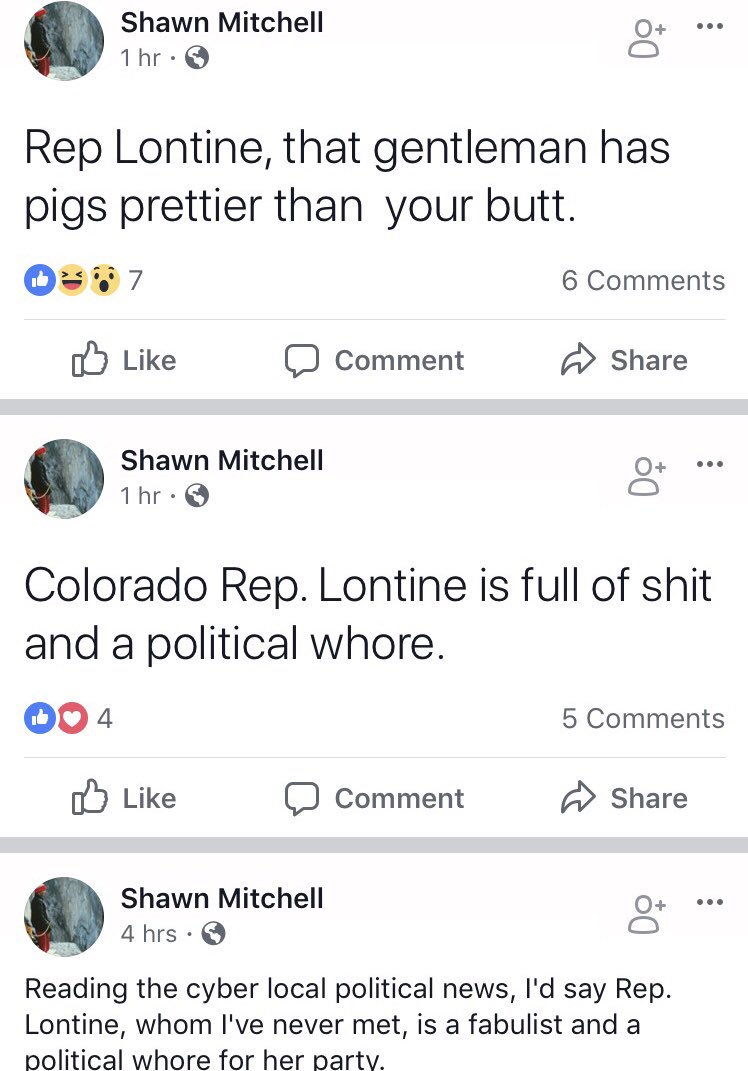 If it was former Sen. Mitchell’s intention to demonstrate sexual harassment by a Colorado Republican, no less than a Republican who served in the upper legislative chamber, mission accomplished. Mitchell’s profane outburst against Rep. Lontine is stunning in its senseless validation of the worst fears and experiences of women in any workplace.

And if Mitchell was hoping to serve as some kind of lightning rod, it didn’t work. The collateral damage for Mitchell’s fellow Republicans from this deplorable behavior will be measurable in votes. Maybe in seats.

For today, though, just shake your head in disgust. And maybe send Rep. Lontine a kind word.