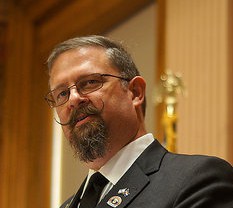 Eric Galatas of Colorado News Connection reports on a bill up for debate in the House Business Committee today that Democrats hope to leverage politically against Republicans in the single-seat majority Colorado Senate–legislation to create a paid family medical leave system in Colorado akin to what exists in California and several other states:

Neha Mahajan, state director of the group 9to5 Colorado, says even though Colorado’s economy is booming, many families are still living paycheck to paycheck. She says the new program would ensure that all workers have a baseline for economic security.

“They’re not facing financial crisis when they have to take time off of work to bond with a new baby or an adopted child, for their own serious illness, for taking care of the serious illness of a family member and loved one,” she explains.

She says workers would contribute from $2 to $5 a week to create an insurance pool that can be tapped for up to 12 weeks of partial wages in a calendar year. Similar measures have stalled in the past four sessions.

The FAMLI Family Medical Leave Insurance Program, this year’s symbolically important House Bill 1001, has been proposed repeatedly in recent years by Democrats in the Colorado legislature–but foundered each time as Republicans locked down in opposition to the plan. Over time, Democratic stragglers who opposed the bill have been brought on board, and this year the bill is expected to pass the House with a united Democratic caucus and quite possibly the support of a few moderate Republicans.

From there, the legislation of course faces much longer odds in the Republican Senate. The hope is that this year an opening may exist for Senate President Kevin Grantham to allow the bill to the Senate floor instead of shunting it to the so-called “kill committee,” where a moderate Republican or two might well again cross over to support a bill that would pay big political dividends–with everyone outside “dead-enders” in the thrall of usual suspect right-wing advocacy groups.

That would be the smart play for GOP Senate leadership. In the likely event they don’t take the opportunity, the FAMLI bill can be made to serve a secondary objective–as a potent message to use against Republican lawmakers with in the upcoming elections.

After all, they’re the “party of family values.”