.@SenCoryGardner votes in favor of breaking filibuster to start debate on the Pain Capable Unborn Child Protection Act, which would ban abortions after 20 weeks in many cases. Bennet still hasn’t voted, but said earlier today he’d vote no. #copolitics 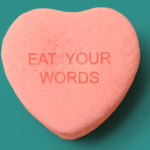 Despite Sen. Cory Gardner’s vote in favor, legislation to ban most abortions after 20 weeks of pregnancy failed to obtain the necessary 60 votes to advance to a final vote in the U.S. Senate–thus effectively killing the bill after its passage last fall in the GOP-controlled House. A few red-state Democrats including West Virginia Sen. Joe Manchin were put on record voting in favor of the bill, and a few others were made nominally uncomfortable after going on record against it in states where that could cost them some amount of support.

For Sen. Cory Gardner, today’s vote was just another opportunity to shamelessly burn everyone who covered for his stridently anti-abortion record during the 2014 elections. Endorsing Gardner in 2014, the Denver Post bemoaned the “tedious refrain” of Democrats warning about Gardner’s position on abortion, stating flatly that “Sen. Cory Gardner’s election would pose no threat to abortion rights.”

Safe to say that prediction did not age well.