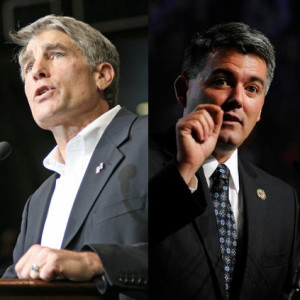 Friday's endorsement by the Denver Post of GOP U.S. Senate candidate Cory Gardner unleashed a fairly predictable wave of anger against the paper from local Democrats, incensed that the paper's editorial board had ignored its own rationale, as well as a mountain of fact in both its endorsement of Gardner and its harsh criticism of Democratic incumbent Sen. Mark Udall's focus on abortion rights as a major campaign theme. We don't mean "predictable" in a negative sense, since we agree the logical inconsistences are quite glaring: but it's reasonable to assume that Democrats would have been upset with the Post's endorsement of Gardner no matter how it was rationalized by the editorial board.

Since then, however, criticism of the Post's endorsement has become unusually strong from other media outlets–who looked at the Post's logic in endorsing Gardner and found it…well, inexplicable. The New Republic's Danny Vinik writes today:

The paper's editorial board credits Udall for his work on spying and NSA issues and admits "we strongly disagree with [Gardner] on same-sex marriage and abortion rights," then waves away those disagreements by saying Gardner isn't a culture warrior and that same-sex marriage's recent string of court victories has made his position "irrelevant." The board also criticizes Udall for running an "obnoxious one-issue campaign"—"trying to convince voters that Gardner seeks to outlaw birth control despite the congressman's call for over-the-counter sales of contraceptives"—and naively argues that a Republican Senate could revive bipartisanship in Washington.

But the Post board errs the greatest in claiming that its position on major issues is closer to Gardner's platform than Udall's. [Pols emphasis] A cursory review of editorials published over the last few years shows that the board broadly agrees with Udall and the Democratic Party instead. "Gardner has sound ideas on tax reform that could help the economy take off and has expressed willingness to compromise on immigration despite a fairly hard line over the years," the Gardner endorsement reads…on comprehensive tax reform, Gardner has signed Grover Norquist's pledge never to vote for legislation that raises revenue. The paper, on the other hand, has repeatedly called for a grand bargain to reduce the deficit that includes spending cuts and more revenue. That's awfully close to Udall's position.

In October 2013, the paper chastised the GOP for using the debt ceiling as a hostage-taking device and proposed giving the president the unilateral authority to lift it. In February, Gardner voted against lifting the debt ceiling. He also supported the party's foolish strategy of shutting down the government in the hopes of defunding Obamacare, which the Denver Post called a "hopeless quest" by "Republican hardliners."

Meanwhile, Esquire's Charles Pierce calls the Post's endorsement "the most singularly box-of-rocks dumb rationale I ever read in my life."

The reason government is dysfunctional, and the reason nothing gets done, is because the Republican party, of which Gardner is a "rising star," and the Republican leadership in  the Congress, of which Gardner is a "go-to" member, resolved from the start not to allow a Democratic president to govern as such. So, here, the Post is arguing that the only solution to that kind of vandalism is to elect enough vandals that it succeeds. [Pols emphasis]

As for the Post's wholesale dismissal of abortion rights as a legitimate point of debate, claiming with absolutely no justification that "Gardner's election would pose no threat to abortion rights?"

MSNBC's Steve Benen says the Post's endorsement of Gardner "is among the strangest pieces of political analysis published in 2014."

The paper’s editorial board included sloppy factual errors; it glossed over the issues on which the editors are convinced the congressman is wrong; it lamented Washington gridlock while choosing to ignore Gardner’s role in making matters worse; and it complained about Sen. Mark Udall (D) pointing to aspects of Gardner’s record that happen to be true…

The basis for the Post’s endorsement seems to be a curious theory: giving Gardner a promotion will cause a dramatic shift in how he approaches his responsibilities. The Republican congressman hasn’t compromised with rivals on any issue, but, the paper’s editorial board suggests, once he’s rewarded for his failures, maybe he’ll start being more responsible.

Indeed, the Post extrapolates to apply this line of thought to Republicans in general. For four years, GOP lawmakers have refused to govern, even going so far as to shut down the government and hold the debt ceiling hostage, threatening to crash the global economy on purpose unless their demands were met. Every worthwhile legislative initiative has been killed, regardless of merit or popularity. Cory Gardner has gone along with his party every step of the way. [Pols emphasis]

But, the Post believes all of that might change if only voters agreed to give Republicans more power, not less…

On Friday, Salon's Luke Brinker was one of the first to weigh in, calling the endorsement the "most asinine of the 2014 cycle." The factual error referred to by MSNBC's Benen above is also pretty embarrassing. The original version of the endorsement invoked praise for Gardner allegedly from ABC News:

ABC News, for example, singled out Gardner a year ago — before he declared for the Senate — as one of the party’s “rising stars” who represented “a new generation of talent” and who had become a “go-to” member of leadership.

Sometime afterwards, the endorsement was quietly edited on the Post's website to read:

An analysis  on [Pols emphasis] ABC News' website, for example, singled out Gardner a year ago — before he declared for the Senate — as one of the party's “rising stars” who represented “a new generation of talent” and who had become a “go-to” member of leadership.

The reason for the change? ABC News didn't "single out" Gardner for anything. The piece in question is a guest opinion column written by Joe Brettell, a GOP strategist and former spokesman for Rep. Marilyn Musgrave—Gardner's predecessor in CD-4.

Bottom line: we've been critical of the Denver Post's frequently misleading news reports for some years now, especially the last couple of years under the leadership of avowed conservative political news editor Chuck Plunkett as the problem has demonstrably worsened. This endorsement by the editorial board, validating Gardner's historically duplicitous campaign while making presumptions and sweeping judgments that no one can explain, could represent a breach with the interests of the community they purport to serve that the Denver Post will never recover from.