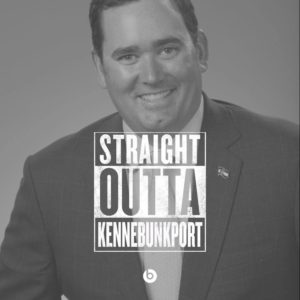 This weekend, the Colorado Springs Gazette’s editorial board–considered a direct expression of the political desires of the owner of the Gazette, billionaire Phil Anschutz—attempted to put an early end to the 2018 Republican gubernatorial primary by declaring Treasurer Walker Stapleton the only viable candidate:

If Republicans hope to elect a governor this fall, they need to narrow the primary field and unite behind State Treasurer Walker Stapleton…

Coffman has won state office but has failed to launch a primary campaign that shows promise of traction. If Tancredo gets only 22 percent of the primary vote, eight other candidates divide up the remaining 78 percent. The winner in a nine-way race will enter the primary with scars inflicted by eight opponents.

If Tancredo wins the primary, even his most loyal supporters should know he cannot win the general.

By all accounts we’ve heard so far today, this editorial is provoking major controversy among Colorado Republicans. It’s still very early in the primary process, before many Republican primary voters have even learned about the field of candidates in the running. Precinct caucuses aren’t until March 6 this year. Without a chance for opinions to form in the minds of many Republican party faithful, this heavy-handed declaration that it’s time to clear the field isn’t likely to be received well. Colorado Republicans have a larger-than-usual contingent of perennially disaffected party activists waiting for the chance to declare shenanigans.

And the Phil Anschutz machine just gave those folks exactly what they needed! Ethically, this editorial only compounds widely-perceived problems at the Gazette with favoring establishment Republican candidates–and not just an editorial problem, as the Gazette’s political blog’s questionable “breaking” of news about Stapleton’s fundraising haul most recently evidenced. We also took note in this space about blatant impropriety at the Gazette in the service of Bob Beauprez’s Pioneer Action group, which attacked unfavored Republican incumbents in 2016. Suffice to say that there is a great deal here to enrage anyone who isn’t already backing Stapleton. Stapleton may be the candidate of choice for the moneyed GOP establishment in Colorado, but this editorial could well have the effect of driving the angry GOP base away from Stapleton.

With all of that said, of course there is plenty in this editorial that accurately reflects political reality. Cynthia Coffman has indeed failed to carve out a place of strength in this primary, and the self-funded candidates have not attracted the Trump-style grassroots support they got in the race laying claim to. The September poll cited by the Gazette shows Stapleton trailing distantly behind Tancredo, though with a large undecided factor that they argue should coalesce around Stapleton. All told, and as we said when he originally got into the race, we agree that Walker Stapleton is the GOP primary frontrunner–and more than that, he is most likely the only candidate who has a shot at stopping Tom Tancredo in the gubernatorial primary.

But above all, this editorial should have the effect of emboldening Tancredo and his hard-right supporters. For a candidate who has been waging insurgent politics his entire political career, this clear signal of fear in addition to the usual loathing from the Republican establishment is the greatest validator Tancredo could ever ask for.