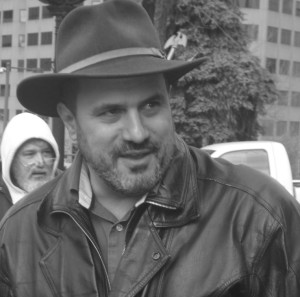 Media analysis of the 2017 Colorado legislative session, which ended last Wednesday, has given both parties a lot of credit for hammering out a deal to make a small but important bookkeeping change to the state’s Hospital Provider Fee program–reclassifying HPDF revenue is an “enterprise” to free it (and by extension the state budget) from revenue caps imposed by the 1992 Taxpayer’s Bill of Rights (TABOR).

The deal was not without cost to Democrats, who made painful concessions like hiking Medicaid copays and giving Republicans a long-sought business property tax break, but the freeing of hundreds of millions of dollars under the TABOR revenue limit is a big help now and in the future. Colorado’s Republican Attorney General Cynthia Coffman signed off on the legality of the move, and today there is lots of bipartisan credit being taken.

Among those not happy with the deal include Colorado’s foremost far-right ideologue, the Independence Institute’s Jon Caldara–writing a petulant op-ed titled “The grand betrayal of Colorado Senate Republicans” for this weekend’s Denver Post:

In 2005, then soon-to-be-term-limited Gov. Bill Owens broke party lines and joined Democrats to craft and sell [Referendum C]. For that the outgoing guv was rewarded gobs of “really maturing in office” praise from the media, this newspaper especially, and earned lots of “good will” from the business interests supporting the “yes” vote, with whom he’d be fishing for private-sector work soon enough.

The small-government party faithful were understandably livid. To this day in many corners the name Bill Owens elicits the same response as the name Dick Nixon.

What Republicans just did on Senate Bill 267 makes Owens look like Barry Goldwater.

The “grand compromise” of SB 267, something worse than Ref C and Ref D and without a public vote, is the largest “grand betrayal” from Republicans I have ever witnessed in my more than 25 years in Colorado politics. And that says a lot. 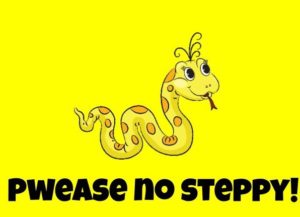 As our long-time readers know, Caldara is nothing if not devoted to over-the-top rhetoric. Caldara blamed “dildo art” displays for the state’s budget problems back in 2005, claimed that Obamacare would kill his child, exploited disabled children in campaign ads, and crassly used the 2013 Front Range floods to squeak out of voter fraud charges related to another stunt. Caldara’s loss in the Referendum C fight began a slow but steady erosion of TABOR’s chokehold on the state budget, as courts have applied TABOR’s literal wording to mitigate some of the most onerous restrictions–and now fixing the Hospital Provider Fee with backing from the state’s GOP attorney general.

And folks, Jon Caldara is so mad:

You might want to think twice before bringing Senate President Kevin Grantham or Sen. Jerry Sonnenberg with you to haggle over your car purchase…

I am left wondering why Grantham, who pronounced this raiding of the Hospital Provider Fee/tax dead on arrival at the beginning of the session in multiple outlets, including on my Colorado Public Television program, and to my face privately at least twice, “matured” on the issue.

What he and eight other Republican senators did fully earns them the title of “politician.”

Eight others, not seven? Owen Hill voted for SB 267 in committee, but went all Pontius Pilate on the Senate floor and voted against, something I’m guessing will come up in his primary challenge against U.S. Rep. Doug Lamborn.

It should be noted that the Independence Institute’s influence has been on the wane at the Colorado Capitol for several years, in significant part due to the expansion of national conservative advocacy group Americans For Prosperity. AFP’s slicker, better-funded influence has grown as Caldara’s has flagged, and Caldara’s very public battle with Rocky Mountain Gun Owners in 2015 over a “compromise” bill to increase but not fully repeal gun magazine limits was an unsuccessful mistake that cost Caldara further support on the right.

How many more losses does Jon Caldara get before the donors who keep his organization going put him out to pasture? If it’s a simple return-on-investment question, there’s a pretty good argument that it should have already happened.