Cory Gardner’s Out of This World Constituent Outreach!

The event is private; but Gardner’s appearance was not confirmed beforehand. https://t.co/LnuHwqK1ux

With a recess underway and thousands of Coloradans looking to ask their GOP Sen. Cory Gardner questions about what’s going on in Washington, D.C. under President Donald Trump, Gardner is doing his best to look like a politico engaged in outreach to his constituents–without actually, you know, doing so:

Look forward to meeting with more Coloradans today. Check back for updates throughout the day. pic.twitter.com/DaiOs3DyWY

“Meeting with Coloradans” in Gardner’s case appears to mean either staged and access-managed events, like today’s panel at the Governor’s Forum of Colorado Agriculture (admission $200), or impromptu drop-ins at random locations that occur too fast for the word to get out that he’s even there–thus preventing ordinary constituents who have been trying to speak with him for weeks from being able to do so.

During today’s ag event at the Raddison Hotel Stapleton, FOX 31’s Joe St. George caught up with Gardner, and tried to ask him repeatedly why he’s not holding any public events during the congressional recess:

I caught up with @SenCoryGardner today about why he isn’t hosting a townhall. This is our two minute exchange. #copolitics #kdvr #kwgn pic.twitter.com/clXPnOjzvb

Folks, how many times did Gardner dodge the question about in-person town halls? We counted five times in under two minutes. Even by Gardner’s slippery standards, that could be a new record. Nothing about that made Gardner look good.

But Gardner did count among his “outreach” visits today a stop at the Colorado Space Coalition! Word is he was finally cornered by a “constituent” there, who had traveled to see him all the way from under Denver International Airport. 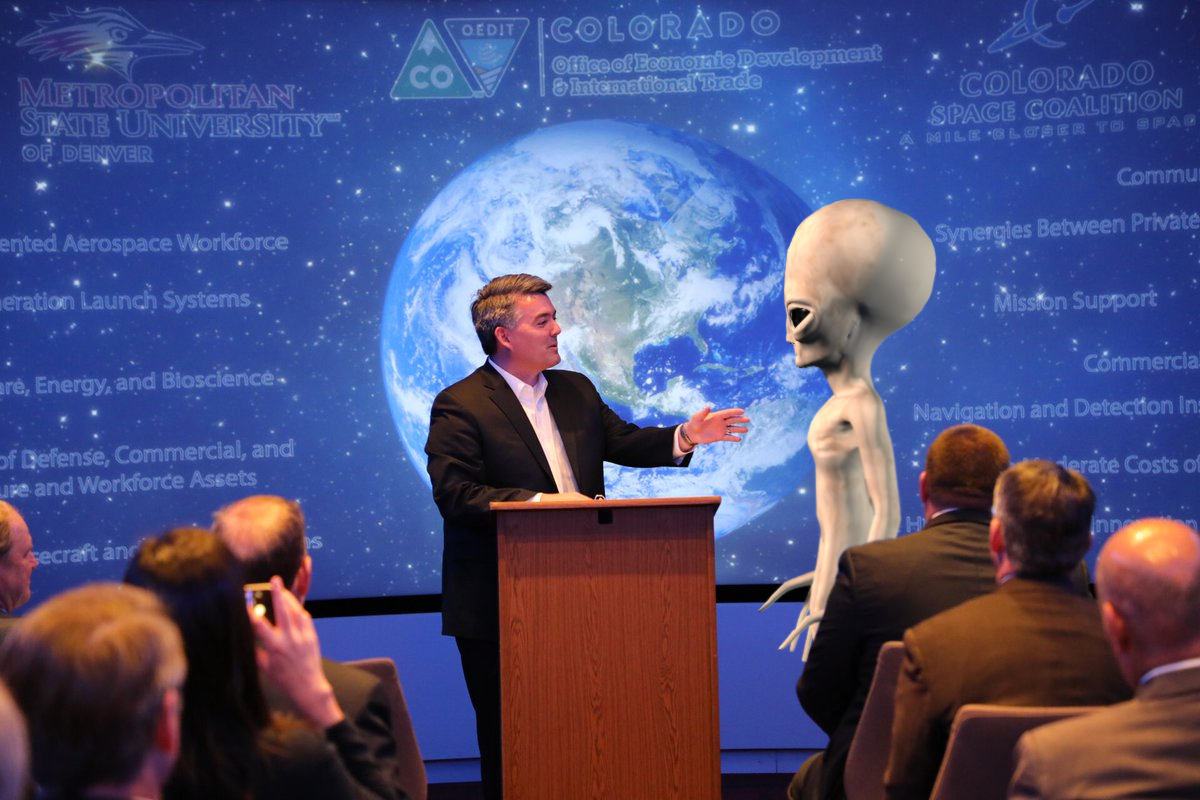 We joke. But to actual Colorado voters who just want to talk to their Senator, it’s probably not very funny.