When Donald Trump Jr. Yucked Up The Aurora Theater Massacre

Sandy Phillips, the mother of Jessica Ghawi, who died in the attack, issued a statement saying “this recording shows the apple doesn’t fall far from the tree.”

“This recording goes beyond politics — it’s disturbing and painful,” Phillips said in a statement released by Democrat Hillary Clinton’s campaign.

“We’ve already known that his father is a crass, blustery billionaire who cares zero about other people’s struggles or pain,” she added. 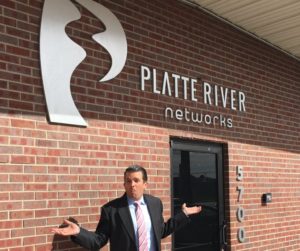 CNN broke a story yesterday about Donald Trump Jr., who was in town yesterday campaigning for his dad, that is just now starting to trickle down into local media–and it’s outraging pretty much everyone in our state who hears it:

On shows like “Opie and Anthony,” the now-defunct “The Six Pack,” and “Opie with Jim Norton,” the younger Trump made a joke about the 2012 Aurora theater shooting, expressed regret he could no longer mock overweight people, invoked Arab stereotypes, and joked about child beauty contestants being abused by their parents…

In July 2012, on the same day a gunman killed 12 people at a movie theater in Aurora, Colorado, Trump Jr. joked about still giving the movie “two thumbs up.”

Trump Jr. made the comment on “Opie and Anthony” after soundbites were played of witnesses speaking about the tragedy.

“Everything was going good until, uh, we saw gas and sparks, and sounded like really strong fireworks, uh, and then you just hear people yelling and actually just a few, uh, rows away from me a girl gets up holding her jaw. I guess she had got shot,” a witness said.

“Overall I give the movie two thumbs up,” Trump Jr. exclaimed in reaction.

Among the first to respond to this story was Morgan Carroll, longtime representative of the vicinity of the Century Theater in Aurora and now a candidate for Congress:

She released a statement about Trump Jr’s comments saying, “The tragic Aurora shooting happened just five minutes from my house, in the district I was elected to represent. Donald Trump Jr. should apologize immediately to the families and victims affected by this terrible tragedy. The loss of life, and horror faced by this community and all in that theater that day, is no joke.”

Through his spox, incumbent GOP Rep. Mike Coffman of Aurora also expresses a measure of displeasure:

We haven’t seen any evidence that Junior is in fact ashamed–or any reports about him at all since yesterday’s abortive whistlestop at The Sink in Boulder, which was moved after The Sink’s owners informed the Trump campaign that they need to have permission to invade their restaurant for a campaign event:

Donald Jr. poses with some Boulder supporters after his brief speech.
“Say deplorable!” he says as cameras flash. pic.twitter.com/MKPurWZWXk

But as you can see from these crass remarks about the Aurora theater shooting and the dozens of our neighbors killed and wounded there, Donald Junior doesn’t just say the word “deplorable.”