SATURDAY UPDATE #2: The word of the day in Republican circles is “panic.”

Top #copolitics GOP consultant: “It’s an absolute panic today,” worried it could get much worse. #coleg

SATURDAY UPDATE: Just like Mike Coffman’s spokesperson said in February that he would “of course” support the Republican nominee, apparently we were all supposed to somehow fill in the blanks last night. With the outrage over Donald Trump’s latest PR disaster showing no signs of abating, Coffman finally states clearly to Denver7’s Marshall Zelinger:

Of course, folks! And that’s good since Trump says he is never going to drop out. But even now, Coffman’s determination to stay ambiguous as possible has forced him to go back to the press with ever-evolving statements as they lose patience with his stalling.

We’ll update when we hear who he’s actually voting for now.

For everyone asking me if @RepMikeCoffman will vote for #Trump if he is still the GOP candidate, I’ve asked. Waiting for answer. #copolitics pic.twitter.com/CaQ1kAoD6v

UPDATE #3: Here is the original breaking news report from Marshall Zelinger at Denver7:

Interesting sentiment. I’m hearing “why just now” from many who oppose Coffman and/or Trump. #copolitics https://t.co/qsAF5BIe8e

This is a big deal folks. Coffman is in one of the few “tossup” (prior to tonight) races–he’s played a marginal hand badly #copolitics #co6 https://t.co/lXlGU2XiSp

UPDATE: It almost worked for Coffman, but some news outlets didn’t buy what Coffman was selling. From Denver7:

In a text conversation with Denver7 Political Reporter Marshall Zelinger, the Republican Congressman said Trump should drop out of the race.

Zelinger has asked for an answer if Coffman will vote for Trump if he is still the candidate. [Pols emphasis] He told Denver7 this summer that he is still considering his options including voting Libertarian. 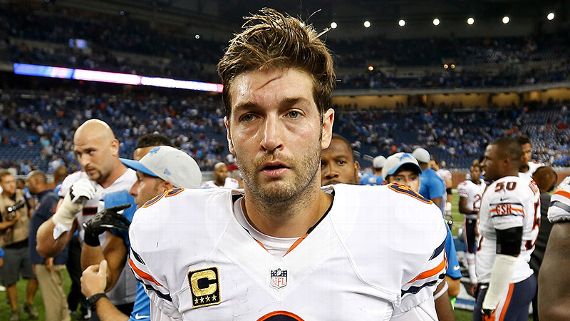 A rough approximation of the face of Rep. Mike Coffman (R-Aurora) on Friday evening.

It’s been a crazy few hours on Friday night as Republicans scrambled to get out of the way of the great cratering Donald Trump. Here’s what you may have missed:

First and foremost, make sure you are familiar with the latest Donald Trump bombshell. From the Washington Post:

Donald Trump bragged in vulgar terms about kissing, groping and trying to have sex with women during a 2005 conversation caught on a hot microphone, saying that “when you’re a star, they let you do it,” according to a video obtained by The Washington Post.

The video captures Trump talking with Billy Bush, then of “Access Hollywood,”on a bus with the show’s name written across the side. They were arriving on the set of “Days of Our Lives” to tape a segment about Trump’s cameo on the soap opera.

Yeah, it’s really bad. Here are some of the other more popular quotes from Trump now burning up the Internet tubes:

Trump discusses a failed attempt to seduce a woman, whose full name is not given in the video.

“I moved on her, and I failed. I’ll admit it,” Trump is heard saying. It was unclear when the events he was describing took place. The tape was recorded several months after he married his third wife, Melania.

And one more for good measure:

“I moved on her like a bitch, but I couldn’t get there. And she was married,” Trump says. “Then all of a sudden I see her, she’s now got the big phony tits and everything. She’s totally changed her look.”

Congressman Jason Chaffetz said he is withdrawing his support for Donald Trump  Friday after a video surfaced showing the Republican candidate for president making vulgar remarks in 2005 about touching and kissing women without their consent. Chaffetz, a Republican representing Utah’s Third Congressional District, appeared on Fox 13 News at Nine Friday, saying: “I’m out. I can no longer in good conscience endorse this person for president. It is some of the most abhorrent and offensive comments that you can possibly imagine.” [Pols emphasis]

Rep. Chaffetz said he and his wife have a 15-year-old daughter, and he said if he can’t look her in the eye and tell her about what Trump said he can’t endorse the man…

…Earlier Friday, Utah Gov. Gary Herbert also reacted to the footage and stated he would not vote for Donald Trump. In the video, Trump makes several vulgar remarks and talks about touching or kissing women without their consent. “You know I’m automatically attracted to beautiful — I just start kissing them,” Trump says in the footage. “It’s like a magnet. Just kiss. I don’t even wait… And when you’re a star they let you do it. You can do anything.”

Chaffetz has withdrawn his support for Donald Trump and will not vote for the Republican nominee for President. This is, now, the new standard for Trump: You’re either with Chaffetz, or you’re with Trump. Period.

In the past week, the campaign of Representative Mike Coffman of Colorado, who represents suburban Denver, began airing a television ad in which he pledges to stand up to Mr. Trump if he becomes president. Other Republicans are expected to follow suit as early as this month.

But even that approach may be insufficient. House Republican officials were furious at Mr. Coffman for not being prepared to answer predictable follow-up questions about whether he still supported Mr. Trump. Democrats responded with an advertisement showing photos of Mr. Coffman and Mr. Trump side by side and urging voters to reject them both.

Two months later, we’ve reached the point of no return for Coffman. He cannot have both the loyalty of Trump supporters and the belief from voters that he has rejected Trump wholeheartedly. You’re either Chaffetz, or Trump.

Coffman initially had this to say about Trump after hearing of his comments toward women today:

Not long afterward, Coffman learned that Chaffetz had actually taken a real stand on Trump, which put him in a very awkward position. So what does Coffman do? He comes up with a new statement:

So, here we are. If you are a Republican candidate running for office in 2016, you can be with Rep. Chaffetz, or you can be with Donald Trump. What you cannot do is attempt to dance around the subject. If you are Mike Coffman, you cannot have both the loyalty of Trump supporters and the belief from voters that you have rejected Trump wholeheartedly.

Mike Coffman (and others) missed the exit on Donald Trump two months ago. When he had a chance to redeem himself, he swung and missed. But for the courage of Republican Rep. Jason Chaffetz of Utah, Mike Coffman would never have taken a stronger step forward on Donald Trump.

And until Mike Coffman says he will neither support nor vote for Donald Trump, everything else he says — however grandiose he makes it sound — is just a string of words.