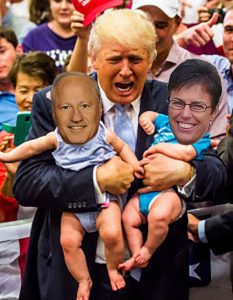 History will record Monday as the moment when the full-scale revolt against Republican Presidential nominee Donald Trump began in earnest. Trump had an absolutely terrible week of campaigning last week, causing collateral political damage across the country and here in Colorado as well. If Monday is any indication of how the rest of the election cycle will unfold, things are going to get a whole lot worse for Trump and Republicans.

On Monday, Senator Susan Collins (R-Maine) penned a strongly-worded editorial for the Washington Post to explain why she cannot, and will not, vote for Trump for President. As CNN explains:

“With the passage of time, I have become increasingly dismayed by his constant stream of cruel comments and his inability to admit error or apologize,” she said.

However, there were three incidences in particular that led her to make her decision: when Trump mocked a disabled reporter; when he said Judge Gonzalo Curiel could not be fair about Trump University because of his Mexican heritage; and when he attacked a Gold Star family, the Khans, after they spoke out against him at the Democratic National Convention.

The editorial from Sen. Collins came on the same day that a group of 50 former Republican intelligence and military staffers made their opinions known that Trump is unfit for the Presidency. From Politico:

Donald Trump’s effort to appeal to establishment Republicans suffered another setback on Monday as 50 senior GOP national security officials warned in a new letter that Trump would “risk our country’s national security and well-being.”

The signatories of the letter, which was first reported by The New York Times, all worked in Republican administrations, with many serving as top aides to President George W. Bush. They said none of them would be voting for Trump.

“Trump lacks the character, values, and experience to be President,” they wrote. “He weakens U.S. moral authority as the leader of the free world. He appears to lack basic knowledge about and belief in the U.S. Constitution, U.S. laws, and U.S. institutions, including religious tolerance, freedom of the press, and an independent judiciary.”

Here in Colorado, the Aurora Sentinel published a blistering editorial calling on Republicans like Rep. Mike Coffman (R-Aurora) to finally dismiss Trump once and for all:

The moment of truth, and I do mean truth, for Colorado Republican elected officials is now as they must either unequivocally denounce the catastrophic candidacy of Donald Trump or suffer the inevitable consequences. 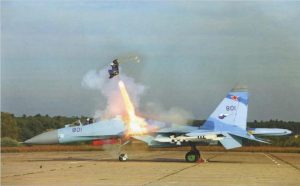 Coffman’s half-assed attempt last week to kinda, sorta distance himself from Trump was widely panned; Coffman took withering fire from the likes of former CD-6 Republican Congressman Tom Tancredo, who said of Coffman that “The only thing authentic about him is his passionate desire to keep that House Member pin on his lapel.” As the New York Times wrote over the weekend, Republican officials are not happy with how Coffman completely botched his #MaybeTrump rollout:

In the past week, the campaign of Representative Mike Coffman of Colorado, who represents suburban Denver, began airing a television ad in which he pledges to stand up to Mr. Trump if he becomes president. Other Republicans are expected to follow suit as early as this month.

But even that approach may be insufficient. House Republican officials were furious at Mr. Coffman for not being prepared to answer predictable follow-up questions about whether he still supported Mr. Trump. [Pols emphasis] Democrats responded with an advertisement showing photos of Mr. Coffman and Mr. Trump side by side and urging voters to reject them both.

As we’ve discussed before in this space, Coffman has been trying to walk a fine line between showing manufactured disdain for Trump while refusing to say whether or not he’ll actually support the Republican nominee (lest he anger constituents in CD-6 who are staunch Trump supporters). Obviously, this approach is not working.

With support for Trump now in rapid decline, it’s clear that Coffman, Woods, and other pro-Trump Republicans such as Rep. Clarice Navarro miscalculated in their efforts to stand next to Trump and still emerge unscathed in a General Election. Republicans are terrified that Trump’s plummeting support will cost them — at the very least — control of the U.S. Senate.

Losing just the Senate may have been a best-case scenario for the GOP.