Meet The New Vice Chairman of the Adams County GOP 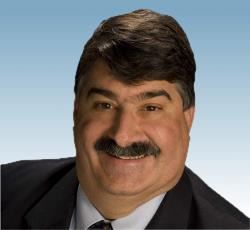 Elliot, went to the link, read the post. First, I know Mr. Salzman from prior encounters. Second, what they quoted was the quote from THE ARTICLE, not from me, but yet, made it look as if I said it myself. This was an article that was written ostensibly by a public defender in a major Southern city. I tried in vain to see if this was what is euphemistically called an "urban legend" through SNOPES and they had nothing disputing the article's authenticity. My statement was intended to convey that until SNOPES or some other group determines conclusively this is bogus, it stands. I merely posted an article that I vetted as best I could that a Public Defender had these rather unusual comments. Mr. Salzman, you might want to write this down. "I do not judge people by the color of their skin, their national origin, their gender, their sexual orientation, or any other such thing. I JUDGE THEM BY THE CONTENT OF THEIR CHARACTER OR LACK THEROF. Period. Anyone who has taken the time to get to know me, knows that I don't see color, nor gender, nor race, nor national origin, etc. It's not WHAT you are that counts, sir, it's WHO you are. Got it?

…Oh yeah, one other thing. Col. West, the person who sent me this article in the first place, if you haven't noticed, is black. I hold him in high esteem and consider him a friend. I have MET him in person twice, have spoken to him one on one, and have an undying respect for him. So much for me being a racist, Jason.

Got that? Sampson got the American Renaissance white nationalist piece from "Tea Party" icon Allen West, a black man! And Sampson has met this black man at least twice, so obviously he's not a racist.

Makes perfect sense to us.

As it turns out, Sampson is not the first Republican to step on this particular land mine. Last month, Dave Agema, a Republican National Committee member from Michigan, was formally censured by the RNC for reposting the same article to his Facebook page. Agema's excuse that he "got the article from Allen West, a black guy" didn't impress the RNC, who has also called for Agema's resignation.

So yes, maybe it's time for Sampson to rejoin Peter Boyles in the hunt for Barack Obama's social security number instead of fronting the Republican party's "outreach" in swing Adams County.

In 2012, our friend and media critic blogger Jason Salzman had a field day with a Republican state senate candidate out of Adams County, whose appearances on local radio were…colorful to say the least. The Denver Post's Curtis Hubbard rated GOP SD-25 candidate John Sampson #5 on his list of "Colorado's Top Birthers," after Sampson insisted on the air with local shock-jock Peter Boyles that President Barack Obama "is using a social security number that was issued to somebody residing in Connecticut in March of 1977."

In case you're wondering, Snopes debunked this one a year before Sampson repeated it.

John Sampson lost his election bid against incumbent Democratic Sen. Mary Hodge in 2012, but has stayed active in Adams County Republican politics. This week, Sampson was elected vice-chairman of the Adams County Republican Party–taking up a key role in a county considered vital to the GOP's future viability after a surprisingly strong performance there in 2014.

Sampson's comment on this, um, story? "I tried to verify this through SNOPES and there is nothing out there to disprove this." To which we can only respond:

And if the goal is really to make new friends, it's time for the Adams County GOP to find a new vice-chair.