The Real Southern Invasion: Anschutz Gazette vs. The Denver Post 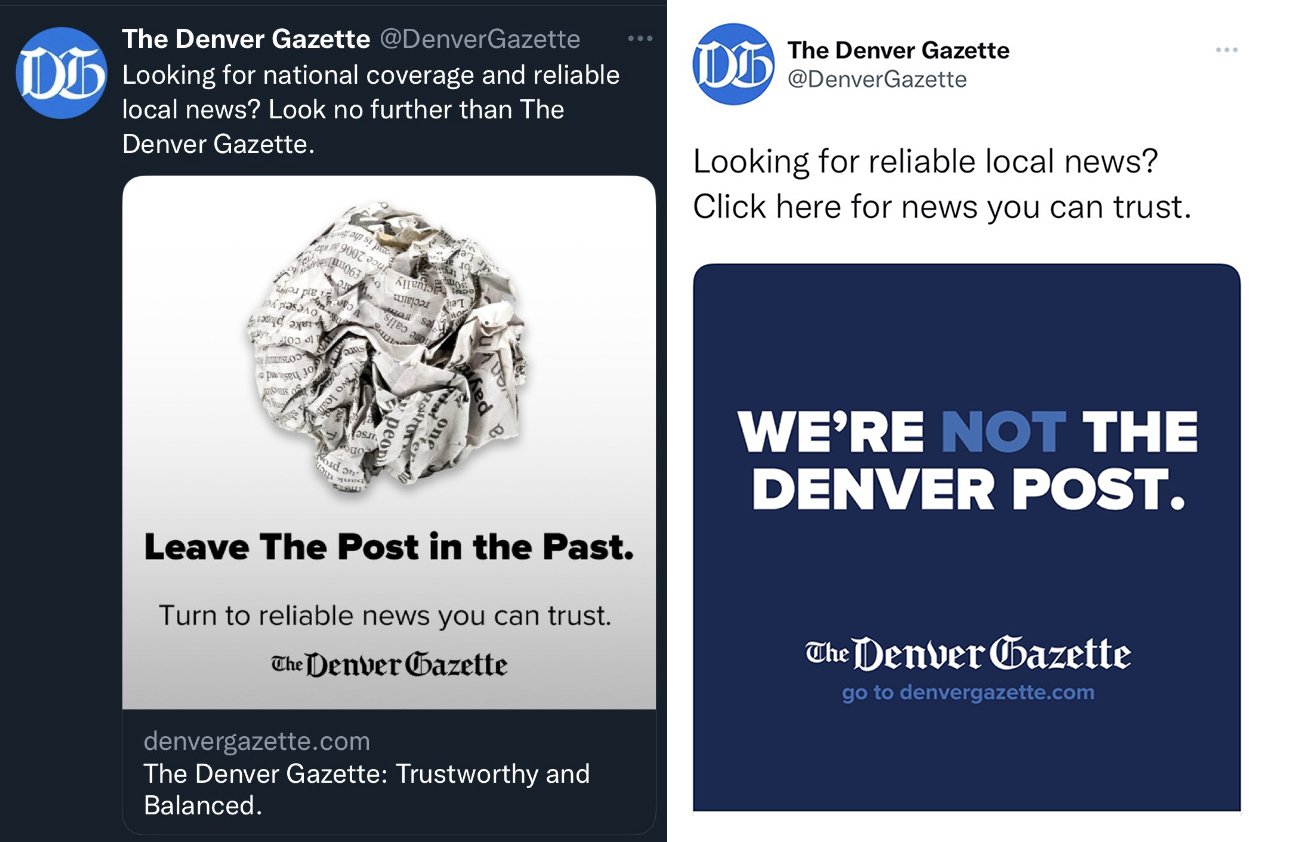 These new ads directly targeting the Denver Post, Colorado’s longstanding newspaper of record and despite its own struggles to remain in operation consistently delivering some of the best news content in the state, are just the latest development in the Gazette’s parent company Clarity Media’s well-funded attempt to wedge itself into the Denver news market with slanted news coverage and the most outrageous fringe-right editorial board west of the Rupert Murdoch-owned New York Post. It’s a strategy that Anschutz formerly tried and failed with the Washington Examiner, which will never supplant the Washington Post no matter how hard they try: 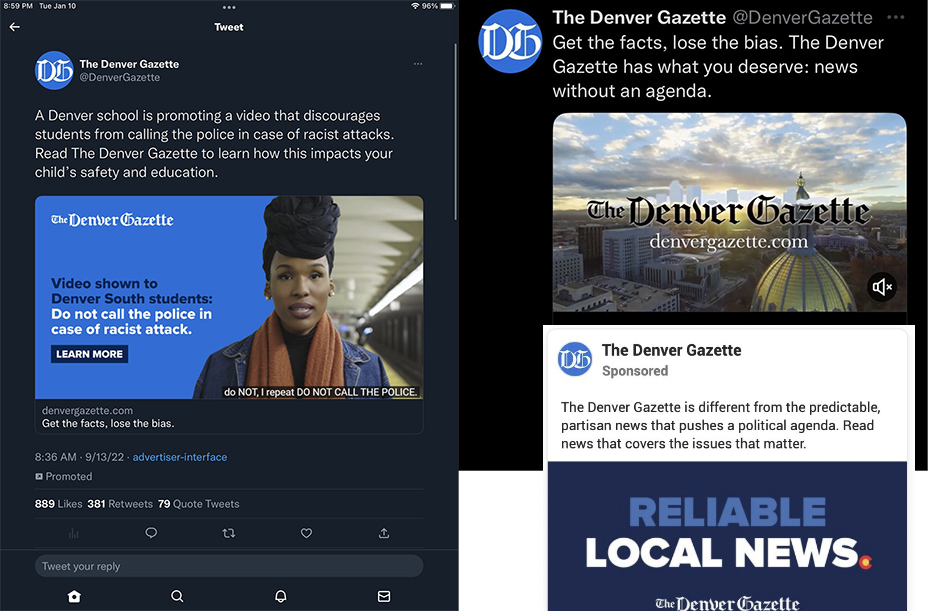 The Fox News-style “fair and balanced” message from the Gazette makes it plain what audience they are pandering to, namely conservatives who have been taught to instinctively reject news outlets who report things they don’t like–but that isn’t as much of a surprise as the Gazette openly attacking the integrity of another news outlet to attract that audience. This is potentially very damaging to the Gazette’s remaining credible news reporters and their relationships with colleagues, as well as possible collateral damage to the Gazette’s partnership with Denver’s leading local television station 9NEWS.

And why is it happening, you ask? From what we can see in the statistics from the last six months compiled by SEMRush, the Denver Gazette is failing miserably in its attempt to penetrate the Denver media market.

According to these stats, in the last six months, while other Denver news outlets enjoyed healthy election-year boosts in their web traffic, the Denver Gazette basically cratered. And it wasn’t for a lack of trying, with the Gazette’s parent company Clarity Media spending big on billboards and other ad formats in addition to the social media ads highlighted above over the past two years since it launched.

In the context of the Denver Gazette’s failure to thrive in the Denver media market, these attacks are even more pathetic, enough to give us pause about amplifying their quest for attention. But with a major municipal election around the corner, Denver voters need to be aware of the Gazette’s true purpose, which is to supply friendly coverage and ad quotes for Phil Anschutz’s right-wing political objectives. There is no parallel between those ulterior motives and the newsroom at the Denver Post, which has taken on its own hedge fund owners when necessary. Compare that to the dead silence from the Gazette’s properties about Phil Anschutz’s lawsuits to claw back millions from Colorado tax coffers.

This desperate attack by a clearly failing venture deserves to backfire.

Take this garbage back to Colorado Springs.