The Anschutz Gazette Has Finally Gone Too Far 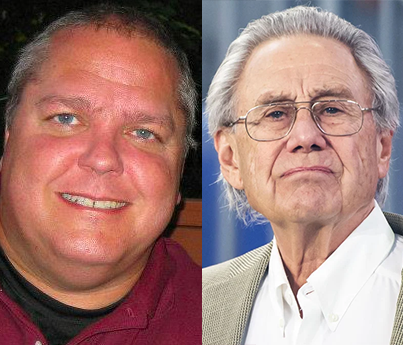 For many years under the leadership of far-right editorial board chief Wayne Laugesen, who was present at the January 6th, 2021 riot at the U.S. Capitol, the Colorado Springs Gazette–which has now metastasized into the Denver Gazette–has taken some of the most outrageous positions possible, frequently as a way of legitimizing the Republican Party’s lurch rightward over the past decade. From carrying out personal political vendettas to claiming that Democrats support abortions for “unwanted, fully birthed children,” the Gazette’s editorial board strayed even farther out of the mainstream in the past year–and with a history that includes comparing Gov. Jared Polis to the Ku Klux Klan, that’s no small feat. And that’s not all: in 2016, the Gazette faced questions about Laugesen’s conflicts of interest for backing Darryl Glenn while Laugesen’s wife was working for Glenn’s campaign.

But this week, the Gazette took the fringe rhetoric to a new level with an editorial defending Republican State Board of Education member Steve “Prince of Darkness” Durham’s attempt to remove the acronym “Nazi” from state academic standards and replace it with the full “National Socialist German Workers Party”–Durham’s intent being to highlight the word “socialist” in the Nazi Party’s name. This semantic game is now firmly a part of the conservative messaging canon about 20th Century world history, even though it’s by every competent historical analysis a gross distortion meant only to slander those who identify as “socialist” todaty. Chalkbeat Colorado reported on the controversy over Durham’s attempted changes to the state standards earlier this month:

Durham agreed to include the word Nazi after Jewish community members lobbied the State Board of Education — so long as the full name with the word socialist remained.

“People don’t know and have a right to know that this party was and is a socialist party,” Durham said at an August State Board meeting. “That is largely lost on the American people and on a number of history teachers as well. I oppose dumbing down the standards.”

Historians say Durham is wrong about the Holocaust and wrong about the roots of genocide. The idea that Nazis were socialists is “a lie,” according to David Ciarlo, a University of Colorado history professor who studies German politics. “It’s completely wrong.”

It’s not just wrong. Historical revision to liken the Nazis to any other political movement, contemporary or historical, demeans the millions of victims of Nazi persecution before and during World War II. Today, the Anti-Defamation League condemned the Gazette’s crass misappropriation of one of the darkest moments in human history:

This isn’t just about getting an answer wrong on a history test. By falsely comparing what the Nazis did to anything in American politics today correctly or wrongly referred to as “socialist,” Laugesen and the Gazette grossly devalued the actual suffering and genocide committed by the Nazis. Even the violence at the U.S. Capitol on January 6th, 2021 by supporters of Donald Trump seeking to overturn the 2020 election, which Laugesen was present for, doesn’t compare to the crimes against humanity committed by the Nazis.

For many years now the Gazette’s editorial board has followed and even helped lead Colorado Republicans away from the political mainstream. When the Gazette falsely claimed that Democrats wanted children to be aborted after birth (a.k.a. murder), it was an incredibly irresponsible escalation of rhetoric after the Colorado Springs Planned Parenthood clinic mass shooting in 2015 inspired by similarly false and unhinged rumors.

Owned by billionaire Phil Anschutz and thus apparently unconcerned with the reaction of the free market to these ongoing outrages, we wonder if even the condemnation of the Anti-Defamation League will be enough. All we can say is this is not, or should not be, the legacy that someone of Anschutz’s standing in the community should want to leave behind. It detracts from, perhaps even negates entirely, all of his philanthropic achievements.