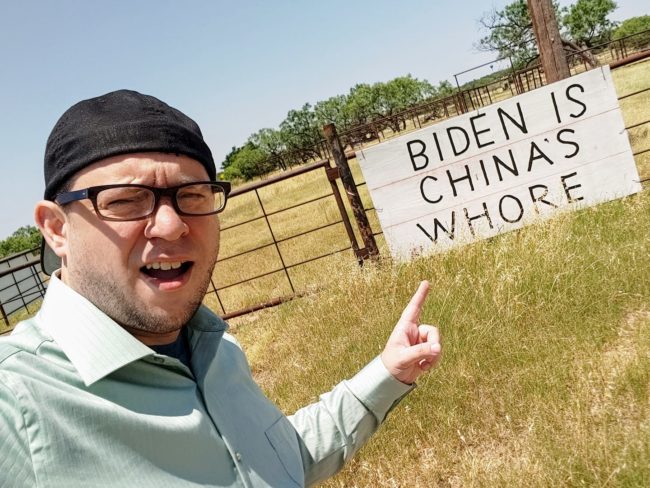 Anti-abortion activist Mark Lee Dickson, who has reportedly never participated in the physical act of love.

FOX 31’s Gabrielle Franklin reported last night on the controversy brewing in Pueblo over an anti-abortion city ordinance nominally introduced by recently-elected City Councillor Regina Maestri, but under the hood the brainchild of a Texas-based anti-abortion rabblerouser who participated in the January 6th, 2021 insurrection at the U.S. Capitol:

“There’s an ordinance that had just been passed in Hobbs, New Mexico. I brought it to council to open it up for discussion. I asked our legal department if they could draft something that Pueblo could use in the same manner in order to prevent an abortion clinic from setting up shop here,” Maestri said.

The first-year councilwoman said she worked with Tamara Axworthy, of A Caring Pregnancy Center in Pueblo, and the leader of Sanctuary Cities for the Unborn, Mark Lee Dickson of Texas, to bring forward the ordinance. Both have said they support the anti-abortion movement. 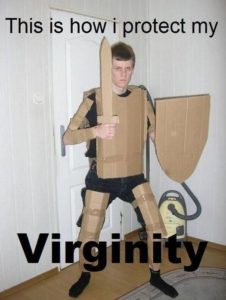 The Pueblo Chieftain’s Anna Lynn Winfrey reported in detail about the background of Mark Lee Dickson, the “Johnny Appleseed” of municipal abortion bans passed across the state of Texas now turning his sights on Colorado despite our state’s passage of strong statutory protections for abortion rights this year in the Reproductive Health Equity Act. Banning abortion is Dickson’s main gig, but it’s not his only political interest:

According to Dickson’s Wikipedia page, he identifies as a “36 year old virgin” and attended the insurrection in Washington, D.C., on Jan. 6, 2021, but claims he did not enter the U.S. Capitol… [Pols emphasis]

“We have we have no reason to believe this wouldn’t work and we’re not afraid of RHEA … Federal laws trump state statutes,” Dickson said.

In short, the proposed Pueblo ordinance is a municipal version of Texas’s controversial anti-abortion law that utilizes private lawsuits to be brought against anyone who “ships or receives abortion pills or abortion-related paraphernalia.” After Pueblo residents voted along with the rest of the state against numerous statewide ballot measures to restrict and/or completely eliminate abortion rights, this ordinance is needless to say completely out of step with the repeatedly-expressed interests of this community.

Pro-choice stakeholders in Pueblo hope that the City Council will reject this ordinance outright whenever it comes up for a final vote, and failing that the city’s Mayor Nick Gradisar will veto it. If it is passed into law, Attorney General Phil Weiser has promised to defend state law guaranteeing abortion rights–and either way this sneak attack on abortion in Pueblo should prompt state legislation to restrict local communities from monkeying with reproductive rights.

Much like Colorado GOP chairwoman Kristi Burton Brown’s vow to focus on school board races and city governments like Mike Coffman’s Aurora, here we have the MAGA right once again “going small” to notch wins. In Colorado, where Republicans have been backed into a corner after years of punishing defeats, these small proxy battles are likely to become the norm at least for the next couple of years.

They’ll require the same determination as the big fights, or they’ll become footholds for future treachery.