And Now, the Flip Side of the Texas Abortion Ban

As NBC News reports, President Biden is reacting strongly to a new abortion ban in Texas that took effect on Wednesday after the U.S. Supreme Court declined to intervene with an opinion:

President Joe Biden said Thursday he is launching a “whole-of-government” response to try to safeguard access to abortions in Texas after the Supreme Court’s decision not to block the state’s near-total ban on the procedure.

In a statement, Biden said he was directing the Office of the White House Counsel and his Gender Policy Council to involve the Health and Human Services Department and the Justice Department to evaluate what “legal tools we have to insulate women and providers from the impact of Texas’ bizarre scheme of outsourced enforcement to private parties.”…

…The president called the Supreme Court’s 5-4 ruling overnight “an unprecedented assault on a woman’s constitutional rights under Roe v. Wade” since the decision nearly 50 years ago.

“Complete strangers will now be empowered to inject themselves in the most private and personal health decisions faced by women,” Biden said. “This law is so extreme it does not even allow for exceptions in the case of rape or incest. And it not only empowers complete strangers to inject themselves into the most private of decisions made by a woman — it actually incentivizes them to do so with the prospect of $10,000 if they win their case.”

As we wrote yesterday, the draconian new anti-abortion law in Texas is a harsh lesson that elections have consequences. The reaction to the law from President Biden and other Democratic politicians — House Speaker Nancy Pelosi has vowed to hold a floor vote on a bill that would ensure a woman’s right to an abortion in federal law — is also a reminder that bad policy positions can themselves have serious political reverberations. This could even be the case in deep-red Texas, since a majority of that state’s voters actually OPPOSE the new law.

Republican politicians (and media outlets) often insist that Roe v. Wade is “settled law” and that voters shouldn’t select candidates in a given election based upon their personal beliefs about access to safe abortion and contraception care. In fact, Republican politicians often downplay the issue of abortion because they know that any such discussion can cost them votes. This has been true in Colorado in recent elections, as this Denver Post story from the 2010 U.S. Senate race demonstrates:

As a Republican primary candidate, Ken Buck took absolutist positions on abortion and “personhood” — declaring that if elected to the U.S. Senate he would sponsor a constitutional amendment to ban abortion and backing a proposed state law that would outlaw some common forms of birth control.

Now, faced with televised attacks from incumbent Sen. Michael Bennet over those strident views, Buck is painstakingly trying to modify positions that may not match the beliefs of the unaffiliated moderates who will ultimately decide the contest. [Pols emphasis]

Before the Republican caucuses, Buck answered a Christian family group’s questionnaire and said he supported Amendment 62, the “Personhood Amendment,” on the Colorado ballot.

Buck said Saturday through his campaign spokesman that he will now vote against the measure. 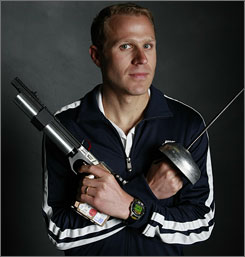 Republican U.S. Senate candidate Eli Bremer would rather fight you in a duel than answer questions about abortion.

What was true in 2010 remains that way in 2021. As Ernest Luning reports for the publication formerly known as the Colorado Statesman, Republican U.S. Senate hopeful Eli Bremer wants absolutely nothing to do with questions about the Texas law:

El Paso County Republican Eli Bremer, a former GOP official and Olympian, said in a text message to Colorado Politics that he wasn’t comfortable commenting [Pols emphasis] because it wasn’t clear whether the high court was simply waiting for another case that could establish a clearer precedent to reach its docket.

Bremer, like Buck 11 years earlier, is smart enough to understand that while his right-wing base might be fervently anti-abortion, the majority of people in Colorado absolutely ARE NOT. Colorado voters have consistently rejected anti-abortion measures of all shapes and sizes when given the opportunity (just search for “personhood fail” in the sidebar). The polling data below, conducted in November 2020, affirms this point: More than 70% of Colorado voters are clearly in the “pro-choice” category.

Unlike others such as State Republican Party Chair Kristi Burton Brown, Bremer may prefer to stay far away from commenting on this subject. Unfortunately for Bremer, that’s not how this whole “politics” thing works. Recent statewide Republican candidates in Colorado such as Cory Gardner (U.S. Senate, 2020) and Walker Stapleton (Governor, 2018) were unapologetically anti-abortion, and each lost their respective races by an average of 10 points. Neither Gardner nor Stapleton, however, had to contend with a ridiculous abortion ban that is the subject of widespread derision (note the two headlines from “The Onion“).

The Texas law may or may not survive a court challenge, but either way, it is now a must-answer question for politicians in 2022.