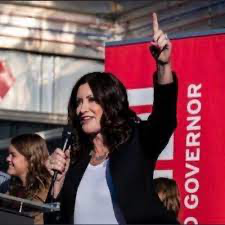 Now that the 2022 election is behind us (most of us, anyway), there are a number of questions to be answered. Chief among them: Just how historically bad was Heidi Ganahl’s campaign for Governor?

In fact, we’d say that Ganahl has dethroned Bob Beauprez as the single worst statewide candidate and campaign in modern Colorado history. If you disagree, consider that the margin between Ganahl and Democrat Jared Polis is now 20 points wide.  That’s right — updated election results show that Polis beat Ganahl by better than 20 points.

If you still disagree, keep reading. To put our theory to the test, we brought in some help from the Ghost of Bill Owens.

Owens was the last Republican to be elected Governor in Colorado, winning a second term in 2002. Owens isn’t dead (as far as we know), but his party is virtually deceased, so the metaphor works well enough.

Published below is our conversation, conducted with the Ghost of Bill Owens in the Republican spirit land known as Rur-al-Colorado.

COLORADO POLS: Heidi Ganahl, the Republican candidate for Governor in Colorado in 2022, is the worst major statewide candidate AND campaign in Colorado history. Change our mind. 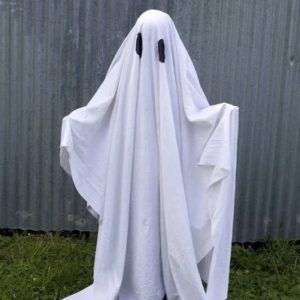 Woody is in there!

GHOST OF BILL OWENS: Boo! Oh, nevermind. I’m not sure that I could make an intelligent counter-argument for you. But first, a question: What do you mean “candidate AND campaign?”

POLS: Well, you can have a bad candidate with a good campaign, or vice-versa. They don’t necessarily have to go hand-in-hand.

For example, Lauren Boebert was not a great candidate in 2020 when she defeated Scott Tipton for the Republican nomination in CO-03. Boebert was almost completely unknown, but she managed to put together a campaign to beat a long-term incumbent in Tipton, who basically fell asleep that Spring and didn’t wake up again until the day after the election.

Oddly enough, Boebert might lose her seat in Congress after pulling a “Tipton” herself once cycle later. She didn’t spend a lot of time campaigning in her district; in the last few weeks of the 2022 election, Boebert was in Tennessee to deliver a Christian Nationalism speech and then went to Mar-a-Lago in Florida for…for whatever it is that people do there.

Anyway, back to Ganahl. Let’s look at some comparisons:

See what we mean? Ganahl wasn’t even able to get to 40% of the vote in Colorado, which is downright remarkable. Every other statewide Republican candidate received somewhere between 41% and 43% of the total vote in their respective races). Even David Torres, the Democratic candidate for Congress in beet-red Colorado Springs, managed to get 40% of the vote running against incumbent Republican Doug Lamborn (56%). Hundreds of thousands of Colorado voters who were willing to say “Yes” to the rest of the GOP ticket just could not force themselves to vote for Ganahl.

Ganahl remained below even her own floor: A recent exit poll memo in Colorado conducted by Global Strategy Group found that only 42% of voters even considered voting for Heidi Ganahl.

Here are a few more numbers to consider:

♦ There were six statewide races in Colorado in 2022 (U.S. Senate, Governor, Attorney General, State Treasurer, Secretary of State, and the State Board of Education at-large position). Out of 12 major party candidates on the ballot in these races, Ganahl is THE ONLY ONE who is not going to reach at least 1 million total votes.

By the way, Polis is the first major statewide candidate in Colorado in 20 years to win a General Election by at least 20 points. The first since…

POLS: Right. You, or whatever. In 2002, Bill Owens defeated Democrat Rollie Heath by nearly 33 points to win re-election as Governor. In fairness to Heath, he joined the race fully understanding that it was virtually unwinnable that year and was the sacrificial lamb for Democrats so that Owens wouldn’t run unopposed.

GOBO: Good times. But what about Dan Maes?

POLS: Ah, yes. Dan Maes. This is always the first name that comes up on this topic. Maes was another completely-unknown Republican who won the GOP nomination for Governor in 2010 with Scott McInnis weighed down by a plagiarism scandal. Republicans were so convinced that Maes would be a disaster in a General Election against popular Denver Mayor John Hickenlooper that they recruited Tom Tancredo to run as the American Constitution Party candidate for Governor. Maes ended up with only 11% of the vote; had he dropped under 10%, Republicans would have lost their official “major party status” for 2012.

Maes was not a good candidate, but he was more of a dunce who was in the right place at the right time when McInnis cratered in the Republican Primary. Since nobody else had been challenging McInnis for the GOP nomination, Maes was the beneficiary of being the only “Not Scott” candidate. Maes performed poorly in the 2010 General Election in large part because Republican bigwigs sandbagged him and refused to help. Maes didn’t really know what he was doing as a statewide candidate, and Republicans weren’t interested in helping him. Maes should not have won the GOP nomination in the first place, but that was the Party’s fault, not his, for an inability to organize another option to McInnis.

Here’s what makes Ganahl different: She HAD all of the advantages that were denied to Maes but could not or would not capitalize on them. Starting off her campaign as an election denier really crippled any momentum in the early stages. Still, Ganahl managed to win a Republican Primary and then inexplicably just kept moving to the right.

GOBO: Wait, that means Ganahl is worse than Bob Beauprez in 2006?

POLS: Beauprez’s 2006 campaign for governor was absolutely the Best Loser in Colorado until he was out-losered by Ganahl. Beauprez was a schmuck of a candidate who said really stupid things (such as his absurd claim that 70% of African-American pregnancies end in abortion) and made equally-terrible decisions (choosing Janet Rowland as his running mate after she suggested that homosexuality was a gateway to bestiality). He also lost by a sizable margin to Bill Ritter, the former Denver DA who was nobody’s first, second, third, or even fourth choice on the Democratic side (at the time, there were a lot of bigger-named Democrats who decided against running, among them Hickenlooper, House Speaker Andrew Romanoff and Senate President Joan Fitz-Gerald).

But Beauprez did have a second act, sort of. In 2014, he won the Republican nomination for Governor and gave then-incumbent Governor John Hickenlooper a scare before ultimately losing by 3 points.

Still, we’ll always have this:

Bob Beauprez saw the future way back in 2006.

POLS: Here’s another question: Could you see Ganahl making a comeback in a few years after all her nonsense about furries in schools; election conspiracies; and failing to raise enough money to even have a legitimate television advertising budget?

GOBO: [Thinking] I guess you’ve got me there. Ganahl couldn’t get elected as a local PTA President after everything she said in the last few months. 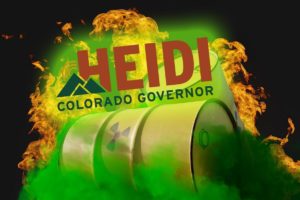 Look at how many Republican candidates were severely hurt by Ganahl’s awful campaign. Ganahl was probably never going to beat Polis, but if she could have made it a race, it would likely have made a big difference in turnout for down-ticket races. How many extra votes might Boebert (CO-03) or Barbara Kirkmeyer (CO-08) have picked up if there had been even a modest enthusiasm among Republicans for the top of the ticket?

GOBO: What about Joe O’Dea’s Senate campaign? Wasn’t he a drag on other Republicans?

POLS: Sure, but not like Ganahl. O’Dea’s campaign is definitely in the top 20 of worst major campaigns of all time, but he was more of a drag by virtue of being uninteresting. Ganahl was an unshakable anchor on the entire Republican Party.

GOBO: Ganahl was not a great candidate, but she was the best the GOP had this year…

POLS: Was she? Surely Greg Lopez, who lost to Ganahl in the GOP Primary, could have at least made it to 40% of the vote in Colorado. You might have done better if you painted a smiley face on a rock and made it the Republican nominee; at least the rock wouldn’t have been talking about furries.

GOBO: Fine, I concede that Ganahl is the worst candidate and campaign in state history. Lesson learned, amirite?

POLS: There are indeed a lot of lessons for Republicans. The real question is whether the Colorado GOP is at all interested in learning any of those answers.

In multiple post-mortem news stories after the election, Republicans claimed that they had a great slate of candidates (they did not) and some great issues to run on (they did, but they screwed that up). They complained about too many liberal voters moving to Colorado, but they never adjusted their message to have a conversation with those voters.

As for Ganahl, she spent 99% of her time complaining about Polis and talking about every negative statistic related to Colorado that she could dig up. Listening to her was exhausting. Her policy ideas were so shallow and ridiculous that she even managed to exasperate longtime Republican and Denver Post publisher Dean Singleton.

Were Republicans surprised by how ridiculous Ganahl became from the moment she announced her campaign? Were they unprepared by how quickly things went from bad to worse? If they were surprised…why, and how come nobody came to the rescue? Surely somebody had talked with Ganahl before she launched her campaign, right? Were they so blinded by their dislike of Polis that they didn’t see their own disaster of a candidate?

GOBO: Are all those questions for me? 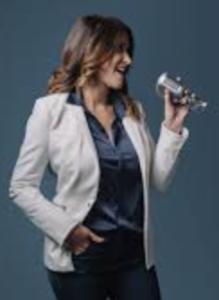 A fitting metaphor if ever there was one.

POLS: No, they’re mostly rhetorical…though still probably worth answering if you are a Republican.

GOBO: Okay, riddle me one last thing: Was the candidate or the campaign worse?

POLS: Ooh, that’s tough. Also, how is it that we are now answering your questions?

It’s difficult to separate the candidate from the campaign here, given that Ganahl had 47 different campaign managers [that’s an exaggeration, but it was a lot] and seemed to direct most of the strategery by herself, with the occasional input from nitwits like Lindsey Datko of Jeffco Kids First.

It’s interesting, and sad, to think that 18 months ago, Ganahl was a fairly well-respected CU Regent who was the sole remaining Republican to have been elected statewide in Colorado. Today, she is “that furry lady.” And that’s only to the extent that anyone would even recognize her due to her lack of advertising during the campaign.

GOBO: It’s probably good that most Coloradans don’t know what Ganahl looks like – that means fewer people who will recognize her in public.

POLS: Fair point. Now, can someone please tell her to take a break? As the old saying goes, we can’t miss you if you won’t go away.