The Best Ad of 2022 Shows Democrats the Way on Fentanyl

This new television ad from the CO-07 campaign of Democrat Brittany Pettersen is the single best spot we have seen in Colorado in 2022. Take a look:

This single TV ad absolutely demolishes attacks by Republican opponent Erik Aadland intended to label Pettersen as being on the wrong side of the debate about the proliferation of fentanyl and the opioid crisis in general. It is an incredibly powerful spot that is beautifully produced, but what makes it so strong is the story it tells. 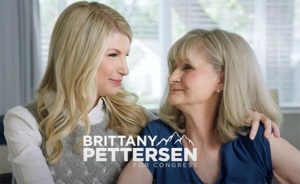 Republicans up and down the ballot have been using “fentanyl” as their primary bogeyman in 2022, distorting the issue to such a degree that Colorado media outlets finally started pushing back on the nonsense. But an increase in “fentanyl” use isn’t some new issue that Democrats have been ignoring, despite what Republican politicians such as Heidi Ganahl would like voters to believe.

This ad shows Democrats how to reshape the fentanyl crisis as an issue that they have worked hard to address in a thoughtful manner — which is a narrative that also happens to be true. There are no easy solutions here, but Democrats have not shied away from trying to find an answer that doesn’t involve just locking away any person who ever even thought about a substance that might include fentanyl.