With Colorado Republicans single-mindedly focused on turning the complex and nationwide issue of rising crime into a partisan political weapon ahead of a midterm election in which they are desperately hoping to recover lost ground, the daily crime-beat headlines have become a continuous source of cheap messaging fodder to fuel their narrative.

In the last week, a tragic story out of Commerce City in which five people who thought they were snorting cocaine fatally overdosed on the powerful synthetic opioid fentanyl sent Republicans into fresh round of “Democrats are soft on crime” recriminations–this time focusing on legislation passed in 2019 that reduced penalties for possession of “small quantities” of drugs not intended for distribution:

Coloradans are dying from fentanyl while the Democrats control our state. But Yadira Caraveo, the @coloradodems’ front runner for CD8, “did not return a request for comment.” It’s time for a change! #copolitics https://t.co/Mm9N1SuVA9

But as the Colorado Sun’s Jesse Paul reports, there’s a rather large problem with Republicans trying to turn this particular bill into a partisan political football:

House Bill 1263, which had both Democratic and Republican sponsors, passed three years ago with broad bipartisan support. [Pols emphasis] It made possession of up to 4 grams of almost all drugs for personal use a misdemeanor, with exceptions for “date-rape drugs,” such as ketamine and gamma-hydroxybutyrate, also known as GHB, which remain a felony to possess in any amount.

Republicans pushing their assigned talking points on this issue today hit a wall of resistance from reporters who knew better:

Just because the other sponsors (Republicans Shane Sandridge and Vicki Marble) weren’t there doesn’t negate that they sponsored the bill. Both the Senate and House had Republicans who voted for this bill. Your lies on this issue are awfully transparent. 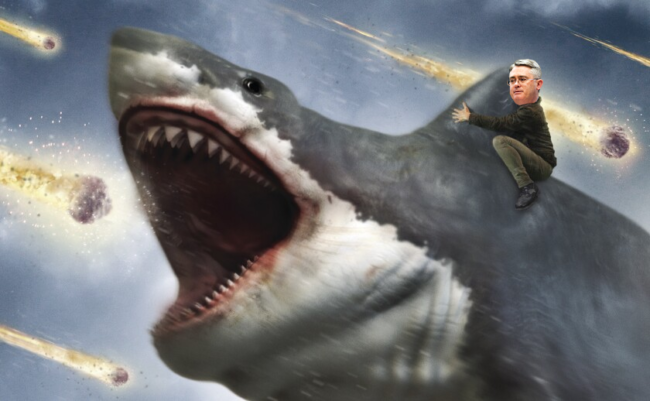 House Bill 19-1263 had Republicans as prime sponsors and passed the legislature with bipartisan support including “yes” votes from Senate Minority Leader Chris Holbert as well as GOP Senators Owen Hill, Jack Tate, Don Coram, and Kevin Priola. The bill established that up to four grams of most drugs not intended for distribution should be a misdemeanor crime, not a felony. In the particular case of fentanyl, such a tiny dose of the drug being lethal compared to other opioids or illicit drugs of similar appearance can be legitimately argued to be a problem this law didn’t correctly anticipate. With that said, lurid headlines about “thousands of lethal doses” being a misdemeanor are highly disingenuous since that would require distribution–and no one has reduced the penalties for selling fentanyl.

Ironically, one of the best defenses we’ve seen for the law since this latest round of political recriminations began comes from conservative GOP Rep. Shane Sandridge of Colorado Springs, one of the bill’s prime Republican sponsors. As reported by CBS4’s Shaun Boyd, but not nearly enough other outlets covering this as some kind of clean partisan divide:

“Many District Attorneys need to start doing their job. It’s always been a felony to sell this poison to our community. [Pols emphasis] The DAs need to do the work, stop looking for the easy plea, go to court, get the conviction, and put these dealers away for a long time. Very similar to people pushing new gun regulation laws. How about you start using the laws you have before asking for new ones,” said Sandridge.

As we’ve said consistently during the renewed debate about criminal justice since Colorado passed landmark police and criminal justice reforms in the last few years, almost all bipartisan, this is a complex issue that is both subject to severe misinformation and not unique to Colorado. Some forms of crime have increased while others have not, and fentanyl in particular has emerged as an acute public safety threat. The root causes of forms of crime that have increased in recent years are far more complicated than any one factor like sentencing reform can explain away. In Aurora, the newly-elected GOP-controlled City Council fumbled trying to apply the partisan “crimenado” message to a city they themselves control–so much that Republican Mayor Mike Coffman had to step in and admonish one member for claiming the city “is not safe.”

Here we have another case of Republicans trying to rewrite their own party’s history in order to land an already-weak partisan political punch. Republicans have no real plan for reducing deaths from drug overdoses or tackling the root causes of crime. If they did, they wouldn’t obsess over this this bill’s penalties for simple possession.

What they can do is lie to people, by omission or the old-fashioned way.