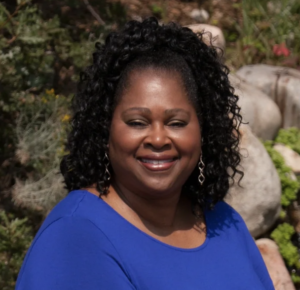 Mary Shinn of the Colorado Springs Gazette’s political blog reports on continuing strife among El Paso County Republicans, the fallout from the county party’s takeover by “America First” fringe-right activists led by controversial but durable chair Vickie Tonkins. The acrimony between the Tonkins wing of the party and the would-be “establishment” wing peaked again during the recent Republican primary, and hasn’t receded–to the extent that a number of Republican candidates have set up an alternate campaign operation to replace the nominally official Republican field campaign:

The Peak Republicans office near Interstate 25 and Garden of the Gods Road was set up during intense Republican primary election battles locally and is now functioning as a campaign headquarters for many candidates that have not received dollars, volunteers, or other support from the official local party…

The move to suppress the Republican vote is really unprecedented, said Jody Richie, a campaign manager for about seven local Republican candidates. The failure for the party leadership to support general-election Republican candidates is also unusual. Despite the infighting, though, she says campaign efforts are going well and she has assembled a list with more than 1,000 volunteers.

“We are just not letting that get in our way,” Richie said of the infighting.

Republican Party Chairwoman Vickie Tonkins pushed back on statements she has failed to support candidates in an email to The Gazette, saying that everyday people are stopping by the party offices for signs and literature.

Be that as it may,

Campaigns for O’Dea, Anderson, Ganahl and others are working with the alternative Republican Party headquarters to get their message out, said Lois Landgraf, a former state representative who helped organize the office. [Pols emphasis]

It’s an old rule in Colorado politics that in order to win statewide, it is necessary to run up the score in base areas while not losing too badly in the regions of the state one is destined by demographics to lose. Chaos in the Republican Party’s most populous stronghold less than a month from the election is a huge problem, for not just Republicans running in El Paso County, but every statewide Republican campaign counting on maximum turnout from El Paso County voters to win.

Prospective Republican volunteers with no knowledge of this schism will naturally turn to the official Republican party, but that’s not who the candidates running want them to talk to. And how do you fix that without spreading a seriously demoralizing message about the state of the El Paso County Republican Party?

It’s not the only hurdle Colorado Republicans face, but it’s one they certainly do not need.