A new poll has Democrat Adam Frisch within two points of incumbent Republican Lauren Boebert. 47% of likely voters say they’ll vote for Boebert and 45% for Frisch. A similar poll in July had Boebert ahead 49% to 42%.

Kristol, an avowed “never Trumper,” represents an older generation of conservatives who would breathe a genuine sigh of relief over Lauren Boebert’s ouster.

The question is, are there enough like him in today’s CD-3? 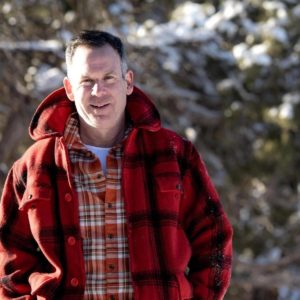 While you’ve been (rightly) focused on Colorado’s ticket-topping U.S. Senate and gubernatorial races and the state’s brand-new red-hot CD-8 race, over in scandalicious freshman GOP Rep. Lauren Boebert’s CD-3, Democratic challenger Adam Frisch has been plugging away largely with his own resources and moderate message–and as a new poll from respected local pollster Keating Research shows today, Frisch has closed considerable ground against Boebert, trailing in this latest poll by only two points:

In this poll, 45% of likely voters said they would vote for Frisch and 47% said they’d vote for Boebert. In a similar poll from July, also conducted by Keating Research, Frisch was 7-points behind Boebert, with 49% supporting Boebert and 42% for Frisch, showing that Frisch has been building momentum and will continue to close the gap in the coming weeks.

Unaffiliated voters, the largest voting group in the district, are flocking to Frisch and away from Boebert’s out-of-step views and 0-39 legislative record. In this poll, 57% of unaffiliated voters say they will support Frisch compared to just 32% for Boebert.

Frisch, a politically mainstream businessman who was registered as unaffiliated for decades before joining the Democratic Party in December to run against Boebert, is well-poised to continue growing support among this critical voting group and defeat Boebert in the fall. Frisch will be an independent voice for change, beholden only to the people of CO-3, not any political party.

“We are going to beat Lauren Boebert. I’ve believed this since I entered the race, but this poll showing that we are tied makes it even more clear that voters in CO-3 want Boebert’s circus to stop and are looking for a better choice to represent their families, their businesses, and their communities,” Frisch said. “The people of Western and Southern Colorado deserve a congressperson who will be a workhorse in Washington who is focused on the needs of the district, not a show pony like Boebert who only focuses on herself. I’ll work hard in Washington to protect our water, create jobs, and achieve energy independence.”

Here’s the memo. In addition, Keating is hosting a press call at noon today to walk reporters through their findings–all signs of confidence by the campaign that these numbers will hold up to scrutiny. When Frisch released a poll showing him down by 7 in July it raised some eyebrows, but now he can use that number to establish an upward trajectory.

But will it be enough to actually unseat Boebert? The only way Boebert loses in this R+7 (Cook PVI 2022) district is a combination of dissatisfaction with Boebert’s antics and a moderate opponent palatable to otherwise conservative-leaning swing voters. Frisch has worked hard to position himself as a moderate who fits the district, but after Boebert blew out her primary opponent Don Coram, Frisch was more or less on his own to show he can actually compete. Again, this has been a campaign waged largely under the radar while national Democratic cash has been rightly focused on the more competitive CD-8 and CD-7 races.

Consistent with the turnaround in Democratic political fortunes being observed nationally, this race is moving in Adam Frisch’s direction. It remains fundamentally Boebert’s race to lose, but that possibility is less remote than it was right after Coram’s shellacking.

Democrats should keep their eyes on their respective prizes, but be aware this is happening.