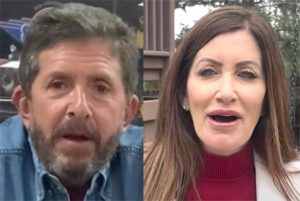 Republican gubernatorial candidate Heidi Ganahl filed her latest campaign finance report on Tuesday, and it was as underwhelming as everything else she has done since launching her bid for Governor last September.

This is not good by any comparison. At about this same time in 2018, then-Republican gubernatorial hopeful Walker Stapleton had about three times as much money in the bank ($555,000) and would end up raising and spending in excess of $4 million total. Stapleton lost the race for Governor to Democrat Jared Polis by about 11 points.

Ganahl has obviously not been able to entice multiple donors to support her campaign, and there’s no indication that national Republican groups — such as the Republican Governor’s Association — are planning on parachuting in at the last minute to boost her chances against the incumbent Polis. There hasn’t been reliable public polling indicating that Ganahl even has a chance in November; even ultra-conservative pollsters haven’t been able to figure out a way to massage the numbers enough to show Ganahl within the margin of error against Polis.

Nevertheless, there is still one MAGA Republican in Colorado who is apparently willing to light his money on fire in support of Ganahl’s lost cause…or, at least, in opposition to her Democratic opponent. As The Colorado Sun reports, a Weld County rancher and oil and gas “booster” is committing big bucks in an effort to unseat Polis:

Wells Ranch, the company owned by Wells, put another $5 million into Deep Colorado Wells, the state-level super PAC he formed in June.

This brings Wells Ranch’s total investment in the PAC to $6 million. And it makes the ranch the biggest donor to a state-level super PAC in Colorado so far this cycle. [Pols emphasis]

While the group’s stated mission is to support Republican candidates, nearly all of Deep Colorado Wells’ $600,000 in spending last month went toward opposing Polis and supporting Ganahl.

Wells told The Sun he isn’t sure how much he’ll spend to defeat Polis. [Pols emphasis] 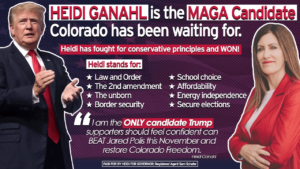 This doesn’t seem like a particularly well-thought out plan considering that Colorado voters will be casting ballots in six weeks and Polis is already on the air (Ganahl, meanwhile, is not). The Polis campaign has reserved at least $4.4 million in television ads from now through Election Day and has $3.3 million more in the bank; Polis is self-funding most of his campaign and could contribute many more millions if necessary (Polis spent more than $23 million of his own money in 2018).

In short, if Wells is really committed to defeating Polis, he’s either going to need to spend a LOT more money or gain access to a time machine so that any ads get enough repetition to get through to voters before ballots drop in mailboxes in mid-October. It would also help if Republicans hadn’t nominated someone who is likely the worst statewide candidate in Colorado history, but that can’t be fixed at this point.

Now, you’re probably asking, Who in the hell is Steve Wells?

Wells is a wingnut MAGA Republican millionaire who first caught our attention in 2019 when he pledged $100,000 to the recall campaign against then Democratic State Rep. Rochelle Galindo. Wells owns a bunch of property in Weld County that is home to a good amount of oil and gas drilling. He also owns a company called Wells Trucking, but most of Wells’ wealth appears to come from oil and gas operations on his properties.

Wells operates an independent expenditure committee (IEC) called Deep Colorado Wells. The IEC has its own website that is mostly filled with long, strange video rants from Wells himself, in which he sits at a table in a game room of some sort and yells at rhetorical clouds facing a camera that apparently does not include an external microphone.

Wells is apparently angry with Polis for a number of reasons — many of which are listed on this Geocities-inspired website — including inflation, vehicle theft, and fentanyl. Wells is also a Climate Change denier, as this 2016 story from the Christian Science Monitor outlines:

On his ranch near Greeley, Mr. Wells sits inside his “office,” an enormous warehouse filled with hunting trophies, flags, eagle images, rodeo posters, and mementos: a 1927 green beer-delivery truck, a guitar signed by rock star and Second Amendment crusader Ted Nugent, and a ’92 Harley Davidson low-rider in a glass case.

His understanding of the climate and of climate science comes from the numerous articles he reads every day, sifting through them “to search for the truth.”

What strikes him as convincing? Articles about emissions from Mt. St. Helens influencing climate more than humans (a claim opposed by most scientists), and ones detailing NASA data showing the Antarctic ice cap is growing (a paradox that scientists acknowledge, though most say it is insignificant in terms of broad warming trends).

The articles fit into a broader pattern of partisan distrust. He recounts what he sees as a litany of Democratic failures and distortions on energy and the environment.

“Jimmy Carter said we’d be out of oil by the year 2000 and we were headed for an ice age, and that didn’t pan out,” Wells says. “Then it was acid rain. Then we started the global warming thing, and now we’ve started on climate change. You need to follow the money to figure out the truth. If you look at Al Gore’s net worth since he got out of office versus now, he’s made a lot of money with this so-called energy issue.” [Pols emphasis]

Um, yeah. You get the idea.

Wells claims that specific policy decisions drive his political spending — he said he got involved in the Galindo recall because of SB-181, the infamous legislation that (turns out) did not destroy the oil and gas industry in Colorado — but it’s clear from the ranting on his IEC website that he mostly enjoys being able to shake a larger fist than most people.

Perhaps it shouldn’t be a surprise that a MAGA millionaire has stepped forward to support a MAGA Republican candidate — even if that candidate is the feckless Ganahl.

On the other hand, the fact that this doesn’t make much sense might be exactly why it makes all the sense in the world (the MAGA World…not the real one).