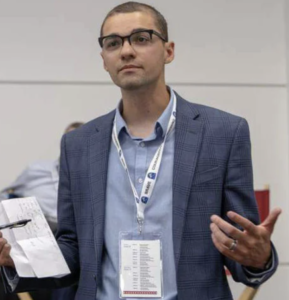 As the Denver Post’s Nick Coltrain reports, the estimates are back on the cost to taxpayers and petition signature requirements for the threatened recall election against Sen. Kevin Priola, who switched from the Republican to the Democratic parties earlier this month citing Donald Trump’s war on democracy and Republican indifference on climate change. Secretary of State Jena Griswold also ruled that the recall will be based around the redrawn boundaries of Priola’s district, which gives Priola’s former friends a small advantage:

Voters in the new district have on average given Republican candidates about a plus-four percentage-point margin over eight recent elections, according to nonpartisan redistricting staff. However, its 85,000 registered voters are split nearly dead even between Republicans and Democrats, at 22,602 and 22,544 apiece, respectively, though a plurality of voters there are nonpartisan.

The Secretary of State’s Office did base the signature threshold to force a vote on Priola’s old district. That threshold, 18,291 valid signatures, is 25% of the total votes cast in his last election. The determination on the signature threshold and where they’d need to be gathered was made in consultation with the Colorado Attorney General’s Office, according to a news release.

The special election would cost an estimated $200,000.

Although Priola would obviously have preferred the recall move forward under his old district’s boundaries, his longstanding ties to the area could still be decisively strong with the unaffiliated plurality in the new SD-13. Part of that will depend on whether, after so many unsuccessful and in many cases just plain pathetic attempts, the recall process intended to be used sparingly has been abused to the point of being a discredited tactic.

The prime mover in the GOP’s vengeance campaign against Priola, conservative activist Michael Fields, hopes not:

“Replacing Priola with a state senator who will keep taxes and fees low and help make our state safer is worth it,” Fields said of the cost.

Fields’ zeal to exact revenge on Priola for the sin of switching parties is a significant departure from Fields’ nominally nonpartisan fiscal policy bailiwick, which has comprised most of his public-facing advocacy work for various conservative “stinktanks” like Americans for Prosperity and Colorado Rising Action. Over the last year, however, Fields has had an increasing presence at Republican Party events, and as the face of purely partisan revenge against Sen. Priola, Fields’ “nonpartisan” veneer has been permanently shed.

Fields plunging Republicans into a recall petition campaign against Priola while the GOP is supposed to be organizing for the 2022 midterms in November is a distraction of perhaps even more long-term value to Democrats than Priola’s party switch. Talking about Priola’s defection at all is a terrible thing for Republicans be doing right now, leading inevitably to the reasons why Priola did what he did–for which Republicans have no good answers, particularly not for swing voters. On the other hand, Fields can’t afford to back-burner this campaign until after the election, which would allow whatever backlash against Priola for switching parties to subside.

Since the successful 2013 recalls against Democratic Senators over gun control legislation, the recall process has had a mixed record leading to a dreadful spate of abuses of the process in 2019 by minority Republicans that ended in an embarrassing string of failures. Typified by the failed recall attempt against Rep. Tom Sullivan and then the self-perpetuating joke of failed recall campaigns against Gov. Jared Polis, these failures served mostly to educate the public about how abuse of this important facility in the law could lead to ridiculous outcomes.

Now we’ll just have to wait and see if there’s any appetite for more destruction.