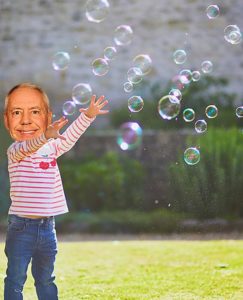 If you are a regular listener of The Get More Smarter Podcast, you know that the show often includes a segment called, “What the Buck?” This is a feature about Republican Rep. Ken Buck (R-Greeley-ish), who has gotten inexorably weirder the longer he has been in Congress.

Buck was never what you would call a political “moderate,” but he also wasn’t always the batshit crazy Congressman that he has morphed into today. Recently Buck has taken another couple of bizarre steps toward political oblivion, including some absolutely horrendous votes and a ludicrous round of questioning in a House Judiciary Committee hearing.

Buck has been casting increasingly odd votes that he either can’t explain or doesn’t even try to rationalize. This week, Buck was one of just 20 Republicans to vote NO on legislation called the “Frederick Douglass Trafficking Victims Prevention and Protection Reauthorization Act.” The bill is a reauthorization of funding for programs that include shelters, mental health care, education and job training for victims of human trafficking. That’s right — Ken Buck literally voted against legislation to assist victims of human trafficking. Reporters such as Kyle Clark of 9News took note of Buck’s silence: 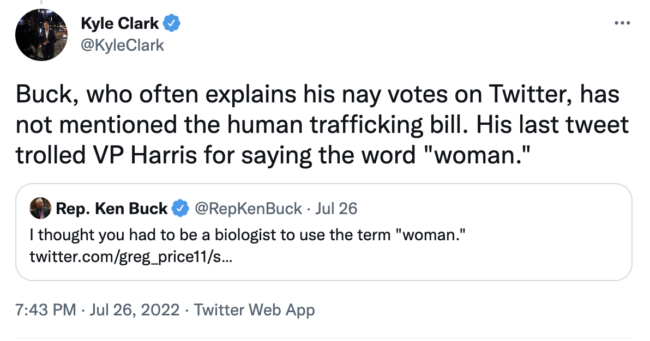 Buck has also recently voted NO on legislation to protect same-sex and interracial marriage and NO on a bill designed to protect access to contraception.

It’s not just casting votes where Buck comes off looking awful. This week he tweeted that the dangers of the COVID-19 pandemic have been “grossly overstated.” More than 1 million Americans have died from COVID-19 in the last 2+ years; that’s considerably more than, say, the 400,000 Americans who died during WWII.

Just yesterday, Buck raised the bar on his own absurd behavior during a House Judiciary Committee hearing while questioning Matt Olsen, the Assistant Attorney General for National Security:

Buck: Can you tell this committee that George Soros was not behind.. the Antifa activities that occurred in the Summer of 2020? pic.twitter.com/gI93sBxuoi

What the Buck? Accusing George Soros of secretly funding and organizing Antifa is not new for Buck, but he’s generally kept this nonsense to Fox News appearances and avoided wasting everyone’s time during actual Congressional hearings. But this is crazy talk — the sort of lunatic rants you might hear from someone like right-wing blabbermouth Alex Jones. 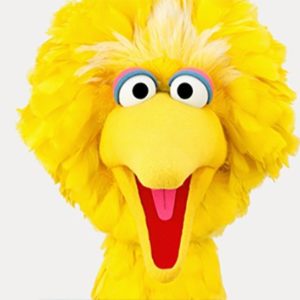 To be sure, Buck has been trending in this direction recently — during a hearing in April, he compared Secretary of Homeland Security Alejandro Mayorkas to Benedict Arnold and said that he should be impeached for treason — but he seems to be raising his own bar for silliness. We won’t be at all surprised when Buck asks a senior law enforcement official for proof that Big Bird is a terrorist leader.

Buck wasn’t always like this. He was always a staunch conservative, but it was not unusual to privately hear from Democrats who worked with Buck — including other District Attorneys — that he was a decent guy.

After serving as the District Attorney in the Weld County area for many years, Buck was the Republican nominee for U.S. Senate in 2010 and came close to defeating Democratic Sen. Michael Bennet. In fact, Buck might be running for another term in the Senate today if not for his epic meltdown on “Meet the Press” just weeks before Election Day in 2010.

In 2014, Buck ran for the U.S. House of Representatives in CO-04, a seat that was being vacated by the U.S. Senate campaign of Republican Cory Gardner, and easily won a Republican Primary (which, in a very-red district, basically ensured his seat in Congress). He has regularly been re-elected in CO-04 ever since, and seems to have settled for (not) doing one job well after a two-year run as State GOP Party Chair.

So what happened to Buck? Perhaps he is jealous of the attention that outspoken Republican Rep. Lauren “Q*Bert” Boebert has seized for herself, both in Colorado and around the country, and decided that the best way to get a piece of that spotlight was to follow her lead. Buck might also be moving further to the right after he got a scare in the Spring when some guy named Bob Lewis managed to win top-line at the Republican Congressional Assembly (Buck easily defeated Lewis in the June 28th Primary Election).

If Buck was ever truly interested in being a statesman, that dream is clearly dead. Instead he has committed himself to right-wing nuttery and self-interest, where the only thing that matters is getting re-elected for the sake of being re-elected. Buck now exists fully in that strange right-wing netherworld with Boebert and Rep. Doug Lamborn; here he’ll remain, more clown than Congressman, until he decides to retire.