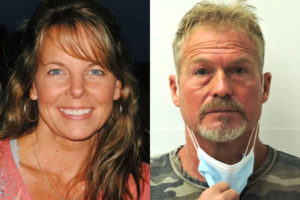 Denver7’s Blair Miller updates us on the case of Barry Morphew, a Chaffee County man who has been cleared–for now–in the disappearance of his wife Suzanne Morphew on Mother’s Day 2020. This missing person case attracted a great deal of media attention over the summer of 2020, so when Chaffee County elections officials received a mail-in ballot that October allegedly from Suzanne Morphew, they knew instantly something wasn’t right.

Although the murder case Barry Morphew has been dismissed without prejudice, meaning charges could be filed again if new evidence emerges, voting his missing wife’s ballot earned Morphew a felony charge to which he pled guilty yesterday:

Morphew will have to do 32 hours of community service and will be on supervised probation, according to the sentence. The charge he pleaded guilty to in Chaffee County District Court is a class 5 felony.

Two other charges – attempt to influence a public servant and election mail ballot offense – were dismissed as part of the plea agreement.

Morphew is being hit with a very harsh penalty for voting his missing wife’s ballot, in no way offset by the minimal value of one more vote in a state Donald Trump was destined to lose. Defending his actions with law enforcement, Morphew cited Trump’s baseless claims of widespread election fraud to justify his own actual commission of election fraud:

Morphew was originally charged in this case when he told FBI agents who were interviewing him in connection with the case of his missing wife, Suzanne Morphew, that he “wanted Trump to win” and “I just thought, give him another vote,” according to an arrest affidavit.

“I figured all these other guys are cheating,” Morphew said, [Pols emphasis] according to the affidavit. “I know she (Suzanne Morphew) was going to vote for Trump anyway.”

This is another example of false claims of election fraud giving rise to actual cases of election fraud on the part of Republicans who are wrongly convinced that fraud is commonplace–enough that they may as well take part in it. It’s also more proof that election security measures in place in Colorado work. Much like Mesa County Clerk Tina Peters’ alleged breach of election system security in a failed attempt to provide evidence of fraud in the 2020 presidential election, the only crime that’s been uncovered is crime Republicans committed themselves. And even then, not on a scale that would change the outcome of any election.

As surely as the riot at the U.S. Capitol, this is lawlessness enabled by the “Big Lie.”

It’s not worth the price. It never has been.