Once Again, Only Republicans Actually Do Voter Fraud 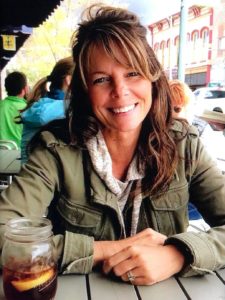 As Denver7’s Ryan Osborne reports, a story from the local crime beat took a political twist over the weekend as the investigation into the disappearance one year ago of Chaffee County resident Suzanne Morphew last summer continues. Suzanne Morphew’s husband Barry Morphew was arrested last week on suspicion of first-degree murder in the case.

But last October, as Denver7 reports, Barry Morphew appears to have committed another crime involving his missing spouse: voter fraud.

Barry Morphew, the Chaffee County man accused in the disappearance of his wife Suzanne Morphew, also faces charges of forgery after he allegedly submitted a mail ballot in his wife’s name in last year’s election.

As the Denver Post’s Noelle Phillips reports, as the high-profile search for Suzanne Morphew went on last fall, Barry Morphew submitted a mail ballot on Suzanne’s behalf. This very naturally raised alarms at the Chaffee County clerk’s office, where everyone knew Suzanne Morphew was a missing person being the biggest news story in Chafee County at the time:

On May 5, Barry Morphew was arrested on suspicion of first-degree murder for his wife’s disappearance. Suzanne Morphew was reported missing on May 10, 2020, by a neighbor who said she never came home from a bike ride. Authorities have searched for Suzanne Morphew for more than a year, following hundreds of tips.

The Chafee County Clerk Lori Mitchell called the sheriff’s office on Oct. 22 after her office received Suzanne Morphew’s mail-in ballot, the arrest warrant said. Barry Morphew had signed the ballot as a witness and dated it Oct. 15, 2020.

By now you’re no doubt asking yourself: why would Barry Morphew commit a crime as audacious as returning his missing wife’s filled-out mail ballot? The short answer is he claims he thought he could since they were married, which is of course completely wrong and ignorance of the law is no defense.

As for whether it’s ethical? Barry Morphew’s answer on that question via Denver7 says it all:

When asked why he did that, he told FBI agents that he “wanted Trump to win” and “I just thought, give him another vote,” according to an arrest warrant affidavit.

“I figured all these other guys are cheating,” Barry Morphew told the agents, [Pols emphasis] according to the affidavit. “I know she (Suzanne Morphew) was going to vote for Trump anyway.”

Barry Morphew claimed that he did not know that submitting a ballot for a spouse was illegal.

As our readers know, bonafide cases of voter fraud in Colorado elections are extremely rare–never more than a handful in any election, far fewer in number than unintended errors in balloting and counting that have always been a part of elections. But it’s not just the rarity of cases: in almost every recent case of voter fraud we’ve seen in Colorado, Republicans are the ones committing it. In 2017, former Colorado GOP chairman Steve Curtis was convicted of sending in his ex-wife’s completed ballot.

In these Republican voter fraud cases, as accused murderer Barry Morphew freely told FBI agents above, there’s a common theme of presumption of fraud committed by the other side justifying their own criminal actions. Republicans have become so convinced that voter fraud by Democrats is rampant despite the lack of any evidence that they feel no moral apprehension about committing voter fraud themselves. That these Republicans are getting caught in the commission of voter fraud shows that the system does work, further undermining their misguided presumptions. And they get a criminal record for their troubles!

It’s the end stage of getting high on your own supply, folks. You become what you claim to despise.