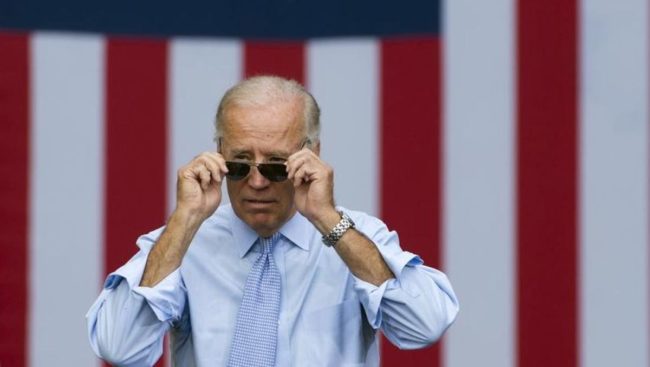 A new poll of Colorado voters from Keating Research on behalf of Onsight Public Affairs shows President Joe Biden enjoying comfortable majority approval in our state, in line with national polling showing Americans are happier with the Biden than they ever were with the previous administration:

Having reached the 100-days-in-office mark, President Joe Biden continues to be viewed favorably by a majority of Coloradans — who also give high marks to the president’s proposed $2 trillion American Jobs Plan — according to the latest Keating–OnSight–Melanson (KOM) Colorado Poll™ released today…

“Biden continues to find strong support with the voters that propelled him to a convincing, 13-point win against Trump in Colorado in November,” said Curtis Hubbard, principal at OnSight Public Affairs. “Whether it’s his disciplined, thoughtful response to the COVID-19 pandemic or his plans to create jobs and spur economic growth via making long-overdue investments in infrastructure, voters clearly feel like Biden is delivering.”

But on the other side of the starkest political divide of our lifetimes so far, a very different view prevails:

While 61% of voters said “Joe Biden legitimately won the election” the 28% who said it was “stolen from Donald Trump” was driven largely by Republicans (with 67% of all Republicans saying it was stolen).

“Most Coloradans believe that President Biden won fair and square,” said pollster Chris Keating. “However, as we see in this poll and recently when the Republican chair of Colorado’s Congressional Redistricting Commission was removed from that post, election conspiracies are not a fringe view among Republicans in Colorado — and frankly that’s dangerous for our democracy.”

In short, you have a united political bloc of Colorado Democrats who are delighted with Biden’s early bold action on long-sought policy goals, and the state’s plurality of unaffiliated voters who also strongly approve of Biden’s performance so far. In opposition to this reality-based majority coalition you have a large majority of Colorado Republicans who, not surprisingly, don’t support Biden’s agenda–but more importantly, by a 67% supermajority, do not even believe that the current President holds power legitimately.

There’s no analogue on the left to this phenomenon. It is not a dispute over, say, the Electoral College as an anti-democratic historical anachronism. This is a supermajority of Colorado Republicans who simply have decided without any factual basis that an election they didn’t like the result of was stolen. Especially in the likely event that Colorado Republicans continue to lose elections as the state continues its demographic march leftward, it’s is a disturbing portent. A democracy in which only one side respects the results is, needless to say, in serious trouble.

The one saving grace, at least for today, is that GOP supermajority view only adds up to 28% of everybody.