The Republican candidate for Governor, Heidi Ganahl, did more than lie to Coloradans with the announcement of her Lieutenant Governor choice. In selecting Centennial businessman Danny Moore to be her running mate, Ganahl undercut one of her regular attacks on incumbent Democratic Gov. Jared Polis.

Ganahl often alleges — without any evidence — that Polis doesn’t pay enough attention to Coloradans outside of the Denver Metro area. On July 11, for example, Ganahl Tweeted this:

We’ve said many times in this space that the Republican cries of a “War on Rural Colorado” are just silly, but Ganahl has nevertheless made this one of her main talking points. Since Ganahl lives in Metro Denver (in the Lone Tree area), her campaign seemed to understand the importance of the perception of adding a non-Denver running mate to the ticket; this is why Ganahl had been teasing that her LG pick would be an Hispanic male leader from rural Colorado. But when that option backed out on her, Ganahl had to scramble to find somebody else who was willing to run alongside her in the General Election.

In selecting the Centennial-based Moore, Ganahl chose a running mate who lives 9 miles away from her home in Lone Tree. We’re not going to list exact addresses here, but you can see the general area in which both candidates live in the image below: 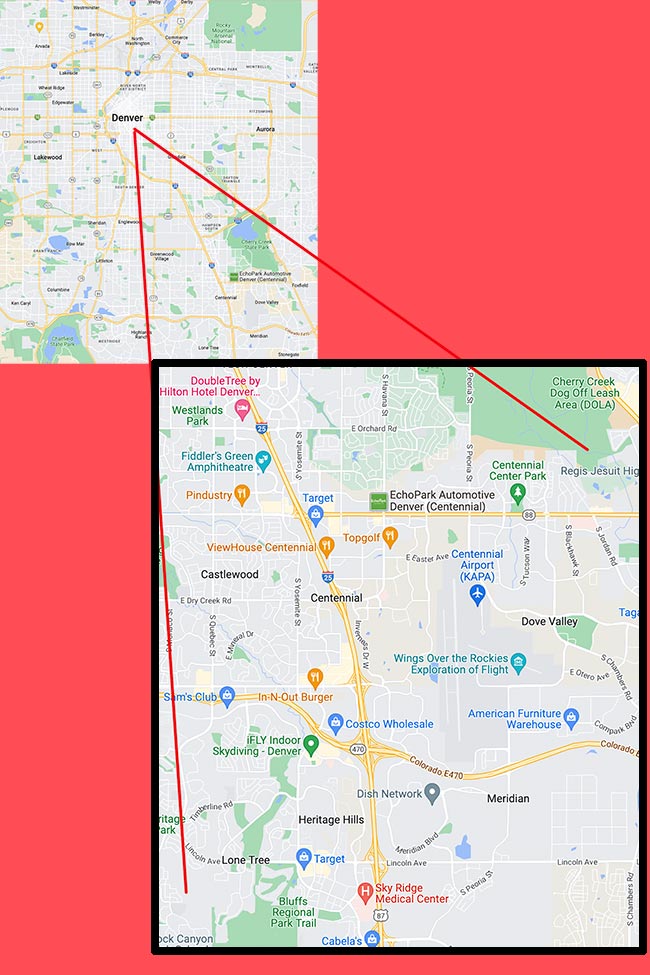 Heidi Ganahl and Danny Moore live about 9 miles apart, on either side of the Park Meadows Mall in South Denver.

This isn’t a huge issue, of course; it matters only because it contradicts something that Ganahl regularly uses as a talking point in the Governor’s race.

Ganahl says she will be a Governor for all of Colorado…but mostly for those who shop at Park Meadows Mall.