Ganahl Choice for Running Mate May Have Backed Out

UPDATE (4:11 pm): We’ve been trying to think through how this all went so awry for the Ganahl campaign. The only thing that really made sense is that perhaps Felix Lopez rejected Ganahl’s offer to be her running mate. If Lopez backed out at the last minute, it would be plausible that Ganahl’s campaign was in such a rush to deny that Lopez was ever the choice in the first place so that they could refute later reporting that he might have turned Ganahl down.

From what we hear, this is pretty close to what actually happened. We’re fairly confident that Lopez was the choice for LG and that’s who Ganahl had been talking about for the last week. Sometime in the last day or two — maybe even today — Lopez had a change of heart and told Ganahl that he had decided not to join the campaign.

This would be an odd but appropriate bit of karma for Ganahl, who reportedly turned down Walker Stapleton’s offer to be his running mate in 2018.

This is bizarre. The backstory should be pretty interesting. https://t.co/MvjxUablrw

UPDATE (3:00 pm): Colorado Politics has removed Luning’s story altogether now, which is weird. Most news outlets would stand by the reporting and let it play out.

And, again, the only reason any of this is happening today is because Ganahl spent the last week saying she was going to announce her running mate today. This is a massive own-goal by the Ganahl campaign.

UPDATE (2:30 pm): It would be legitimately difficult for any campaign to intentionally make this much of a mess:

CORRECTION: We have deleted a tweet on a story that erroneously reported GOP gubernatorial nominee Heidi Ganahl had picked Felix Lopez as her running mate. Her campaign says Lopez is not her pick. We regret the error.

UPDATE (1:30 pm): It looks like we were on the right track below. As Ernest Luning reports for the publication formerly known as the Colorado Statesman, Ganahl has chosen Las Animas County Commissioner Felix Lopez as her running mate:

Ganahl teased her lieutenant governor pick Saturday in a radio interview, saying she planned to introduce a Hispanic leader from rural Colorado as her running mate on Thursday, though her campaign later decided to postpone the announcement until later this month, a spokeswoman told Colorado Politics.

Welp. So much for that postponement. 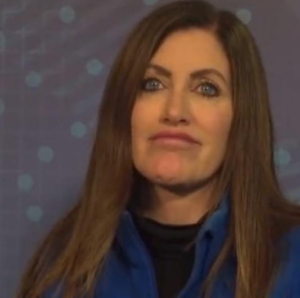 For the second consecutive election cycle, the Republican nominee for Governor is bungling the announcement of a Lieutenant Governor running mate.

Over the course of the last week or so, Republican gubernatorial nominee Heidi Ganahl has told anyone who would listen that she was going to announce her pick for Lieutenant Governor on Thursday, July 7.

But despite repeatedly hyping up the big announcement, Ganahl’s campaign has decided NOT to break the news on her Lieutenant Governor (LG) today.

It’s never a good idea to make a significant announcement the week of July 4th — lots of people are tuned out and/or on vacation (including reporters) — but this is something that a less-incompetent campaign would have figured out before allowing its candidate to repeatedly promise such big news.

Ganahl has been hyping this news since before the June 28th Primary Election. For example:

♦ Ganahl first told Steffan Tubbs of KOA Radio — the day before the Primary Election — that she had selected a potential running mate: “It’s an amazing Hispanic leader from rural Colorado,” she said on June 27.

♦ Ganahl said the same thing on The George Brauchler Show on KNUS radio on the day of the Primary Election, telling the host on June 28 that she had chosen an “Hispanic leader in rural Colorado.”

♦ On Wednesday, June 29 — the day after Ganahl’s Primary Election victory over Greg Lopez — she said on The Jimmy Sengenberger Show on KNUS radio that “We’re gonna announce [a running mate] in the next couple of days…he’s a great Hispanic leader from rural Colorado and is going to just wow people.”

♦ On Thursday, June 29, Ganahl told Dan Caplis on his KNUS radio show that she would soon announce “a strong Hispanic leader from rural Colorado” as her Lieutenant Governor choice.

Most recently, Ganahl teased a specific date for her LG announcement while speaking on KLZ 560 radio. Last Saturday (July 2), Ganahl said that she had “A great LG pick that we’ll announce on Thursday…a strong hispanic leader from rural Colorado that can help us unite Colorado.”

Maybe Ganahl didn’t mean to be so specific and was saying that she would announce a running mate on some future Thursday. Or, more likely, they just messed this up.

Ganahl’s campaign has been remarkably awful from the outset. It is not unusual for the Ganahl campaign to make weird event changes at the last minute, and it would seem that things haven’t gotten much better now that Ganahl is being advised by known coup plotters. Failing to make a long-promised announcement is just another in a long line of stupid (and avoidable) mistakes for this campaign. 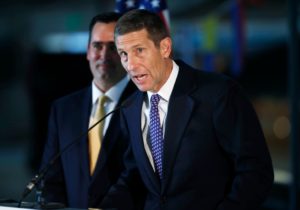 Unlike her 2018 predecessor, Ganahl is under no official pressure to make a quick LG announcement. Four years ago, Republican gubernatorial nominee Walker Stapleton had to rush to unveil the yawn-inducing Lang Sias as his running mate because state statutes required that such a decision be made within seven days of the Primary Election. This became a problem for the Stapleton campaign, both in terms of public perception and for official reasons; Stapleton’s campaign probably broke the law by missing this deadline and trying to back-date an agreement with Sias.

[FUN FACT: Ganahl was believed to have been Stapleton’s first choice as a running mate, but she turned him down.]

That requirement has since changed so that a gubernatorial nominee has seven days after the certification of the Primary Election to officially name a running mate. Under the current statute that gives Ganahl another few weeks to screw this up.

So, who is it gonna be? According to Ganahl, her running mate has already been selected. She says it is a male Hispanic leader from rural Colorado, and from what we hear, Ganahl’s LG pick is a current county commissioner.

Gonzalez doesn’t make as much sense because it’s a bit of a stretch to call El Paso County a “rural” community. That leaves Maez, Lopez, and Garcia. Of those three potential candidates, Lopez has the highest (relative) current profile as the President of Colorado Counties, Inc. Oddly enough, he also has the same last name as the Republican candidate Ganahl just defeated in the Primary, Greg Lopez.

We’ll have to wait a bit longer to find out if Ganahl is going to once again share the ballot with a Republican named Lopez, which brings us to another problem with this delayed announcement: The longer Ganahl waits, the more likely it is that the name of her running mate gets leaked. If that happens, her official announcement becomes a lot less interesting as a news item.

Regardless of what happens here, breaking her promise of a big announcement just adds to Ganahl’s long list of mistakes as a candidate for governor. Go ahead and mark another ‘X’ in the #FAIL ledger.