As could have been predicted by just about anyone, some Republican candidates who lost their primary elections a week ago are refusing in the finest tradition of former President Donald Trump to accept the outcome of those elections. In particular, state Rep. Ron Hanks and Mesa County Clerk Tina Peters, two of the most ardent “election truthers” on the ballot this year, have rejected the election results and vowed to…well, continue rejecting them, very loudly, while the rest of us move on with our lives.

Except there’s a problem with the “moving on” part. In addition to the large percentage of Republican rank-and-file voters who agree with Hanks and Peters that the 2020 presidential election was stolen, and as a result are predisposed to believe them, a whole industry from the Trump family down has no interest in letting this lucrative conspiracy theory just dissipate. Last week, in a mystifying report that we’re still trying to fully digest, Fox News’ Tucker Carlson took up Tina Peters’ cause in prime time before his audience of millions–or at least a person named Tina Peters, possibly in a parallel universe that differs from our own in small but important ways. Seriously, folks, hear Tucker out:

A day after Steve Bannon’s arrest, this would be November 16, 2021, the FBI raided the home of Sherrona Bishop, that’s the former campaign manager for Congresswoman Lauren Boebert of Colorado. According to Bishop, here’s what happened: “While homeschooling my youngest children, the FBI decided it was necessary to bust open my front door with a battering ram and put me in handcuffs while they trampled through my home, terrifying my family. My daughter was pulled around by the hoodie, by her hoodie, by one of the agents.” Now, why would you do this to the former chief of staff of a sitting member of Congress? Well, the FBI gave no reason. They took Bishop’s cell phone and they left, never charged with a crime.

Then that same day, and you didn’t read this in The New York Times either, the feds hit the home of Mesa County Republican Clerk Tina Peters. What was the justification for that raid? We’re breaking into a lot of houses all of a sudden of Trump voters. Why? Well, in this case, DOJ said, “Peters raised doubts about the legitimacy of the last election.” That’s not allowed anymore, can’t question the outcome. They didn’t arrest her. [Pols emphasis] They just tore her house apart. Peters called the raid evidence of, “a level of weaponization of the Justice Department we haven’t seen since the McCarthy era.” But of course, even during McCarthy, no one did that. In May, she came on Fox Denver to explain what exactly happened to her, watch.

TINA PETERS: My attorneys, when they read the indictment the other day, they, I mean, Harvey Steinberg, and I’ve got the best attorneys, and they just laughed. They said, ‘are you kidding?’ This is, this is a political maneuver to shine the light on me, to keep me from running against and defeating Jena Griswold.

Oh. So in the name of punishing people for complaining about the last election, they’re subverting elections currently taking place. And last night, the woman you just saw, Tina Peters, lost her bid for secretary of state, which of course, was the whole point of targeting her…

So, there’s a lot to unpack here. Western slope far-right crazypants activist Sherronna Bishop was never the “former chief of staff of a sitting member of Congress.” Bishop was Rep. Lauren Boebert’s campaign manager during the primary phase of her 2020 campaign, after which their previously close association appears to have become estranged. Sherronna Bishop was also the manager for Tina Peters’ 2022 Secretary of State campaign launched in February of this year, and although Carlson pretends otherwise, Bishop was very well aware of the purpose of FBI’s search warrant–the election security breach for which Peters now stands accused of multiple felonies. 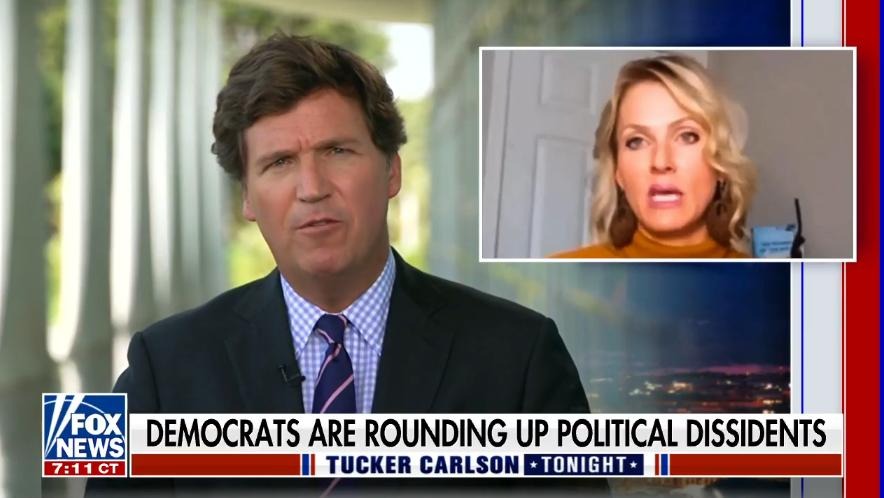 From there, Carlson jaw-droppingly fictionalizes the history of the investigation and eventual indictment of Clerk Peters on multiple felony counts by a Mesa County grand jury. In fact, Carlson never directly told his millions of viewers that Peters was charged with a crime at all, claiming that Peters losing her bid for Secretary of State was the “whole point of targeting her”–when in reality, as all of our readers know, the search warrants were served on Bishop and Peters months before she ever filed to run for Secretary of State. Peters’ indictment by a grand jury came three weeks after Peters’ campaign launched, but the grand jury originally convened in January.

What can we say to local reporters who have faithfully reported the truth about this long-running investigation, only to have Fox News misinform more Americans in one segment than their reporting will ever reach?

We hope it makes them at least as angry as a few ads paid for by Democrats in a Republican primary.