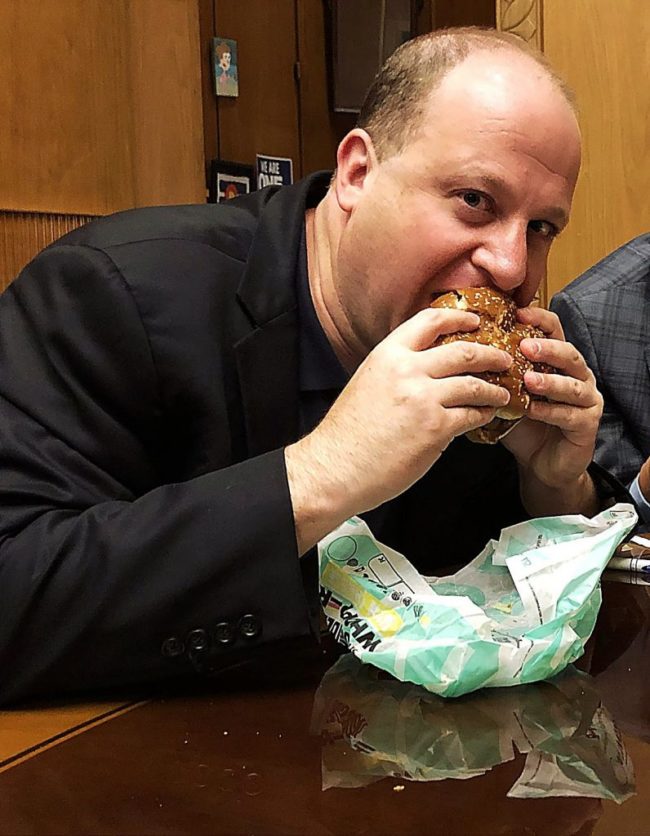 Democrats still lead Republicans on all partisan metrics, which have stayed remarkably consistent since we last polled in February. Governor Jared Polis and Senator Michael Bennet, who are both well above water in favorability ratings, lead in their respective races for re-election. The Democrats’ lead on the generic legislative ballot has also held steady, even as President Biden’s standing in Colorado has declined further.

While both Colorado Democrats and Colorado Republicans are much better liked than their DC counterparts, Democrats start from a significantly better position, and Polis gives Democrats a popular standard-bearer. While unaffiliated voters don’t have much love for DC Democrats, they loathe DC Republicans, MAGA Republicans, and Trump. Lauren Boebert is only saved from having similar ratings by the fact that two-thirds of unaffiliateds are unfamiliar with her. The situation is much the same in the blue-collar swing suburb of Adams County (which we oversampled).

The continuing drop in approval for President Joe Biden, which the Mountaineer polls have tracked to some dismay among local Democrats, stands in contrast to the resilient popularity of Gov. Jared Polis and Colorado Democrats, whose numbers have held steady throughout Biden’s precipitous decline:

In terms of favorability, Democrats enjoy a healthy presumption of good faith compared to Republicans near and far: 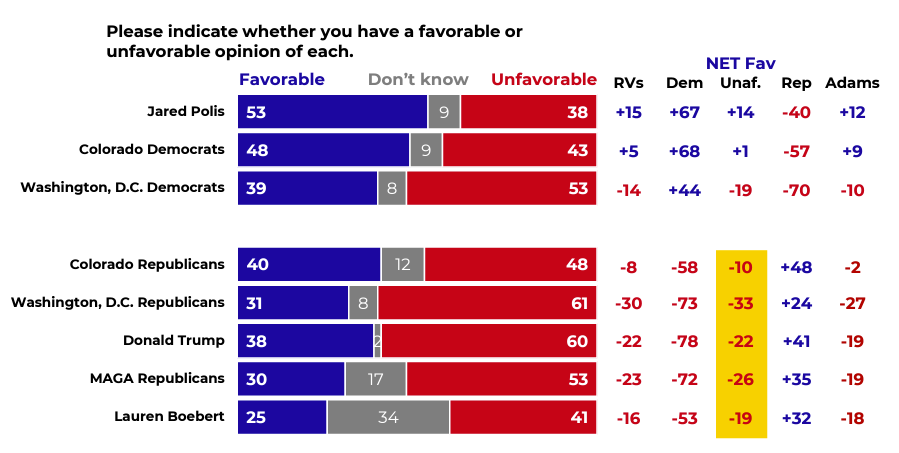 On Monday, GSG Vice President Andrew Baumann leaked the big headline from this poll, double-digit leads held by Polis and Sen. Michael Bennet over their prospective Republican challengers. Those numbers are particularly tough news for Republicans supporting Joe O’Dea and Heidi Ganahl, since grassroots challengers Ron Hanks and Greg Lopez either perform as well or slightly better against the incumbents–shattering the arguments about “electability” O’Dea and Ganahl are making to the GOP base to shake off their hard-right opponents.

With all of this in mind, this poll is not all good news for local Democrats: although they enjoy healthy overall leads and some Democratic base voters are highly motivated to turn out, key traditional Democratic demographics like young and Latino voters are less enthusiastic. That identifies a clear priority for Dems going forward, especially in the state’s new heavily Latino CD-8 where (fortunately for Democrats) Republicans are making little attempt to court this crucial bloc of voters.

Here’s the full memo. If there is a “red wave” coming in November, Colorado looks above the water line.