Never Been a More Dangerous Moment For Doug Lamborn 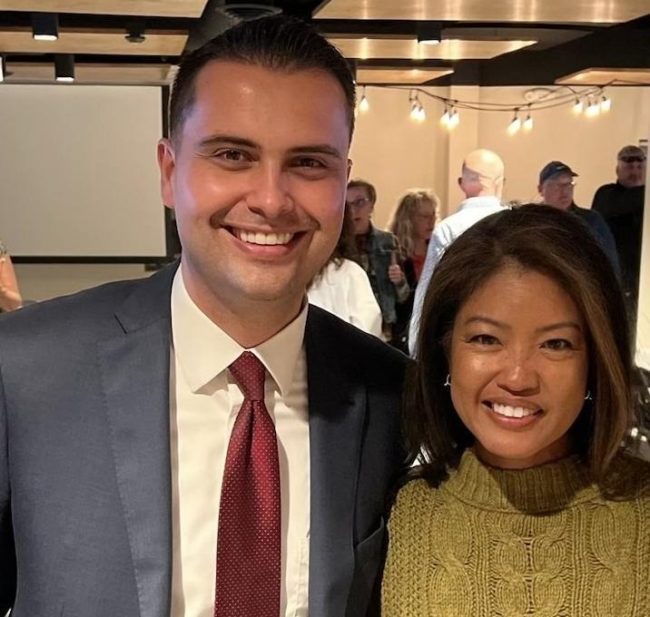 Ernest Luning of the Colorado Springs Gazette’s political blog reported on last weekend’s “triumph”–upstart CD-5 Republican challenger Rep. Dave Williams certainly wants it spun that way–in a district assembly that only pitted Williams against a couple of relative unknowns, but from which Williams emerged as the only grassroots-anointed candidate opposing incumbent Rep. Doug Lamborn in the June 28th primary:

“If you want to keep the establishment and the status quo, where nothing gets accomplished and our values are constantly undermined, then vote for the guy in the back right there,” said Williams, pointing over the crowd of cheering delegates toward Lamborn in the gymnasium at Falcon High School after his wife, Emily, and conservative commentator Michelle Malkin had nominated Williams.

“But if you want a right-wing conservative, America-first, grassroots fighter with a spine who won’t back down from the corrupt politicians and the deep state, then vote for me,” he added.

Williams said in his speech that the heavily Republican, El Paso County-based 5th CD — which hasn’t sent a Democrat to the U.S. House since its creation in 1972 — should send a lawmaker to Washington who leads the fight on conservative issues, citing Republican U.S. Reps. Marjorie Taylor Greene of Georgia, Madison Cawthorn of North Carolina and Lauren Boebert of Colorado as role models.

“I’m going to be just like Lauren Boebert, though not as pretty,” Williams cracked. [Pols emphasis]

While clearing your palette of that visual, we certainly agree that Rep. Williams offers more to Republican primary voters on the wedge issues that motivate them most than Lamborn ever has. Williams’ whole political engagement strategy consists of pushing the boundaries of decency on controversial issues from immigration to anti-vaccine “medical rights”–deliberately seeking to offend with incendiary rhetoric that white conservatives would be roundly condemned for using. Williams is also one of the state’s leading Donald Trump loyalists continuing to work backward from his predisposed conviction that the 2020 election was stolen, which is also the opinion of a large majority of Republican base voters.

In short, Dave Williams is everything Republican primary voters want in a congressman, promising to join Lauren Boebert, Marjorie Taylor Greene, Madison Cawthorn, and the rest of the high-visibility low productivity pack of Trump loyalists in what they expect will be a new GOP House majority next January–with an overriding mission to clear a path for the Dear Leader’s restoration in 2024.

Rep. Lamborn hails from an older generation of Republican lawmakers who, while certainly capable of offending public sensibilities to “own the libs,” has not made an unyielding firehose of outrageousness their sole objective in public office. Lamborn has survived on a combination of safe-seat apathy and support from the military-industrial interests that have a dominant economic presence in CD-5. In 2022, however, Lamborn’s longstanding ethics problems are finally catching up to him at the same moment as a hard-charging MAGA upstart is challenging him with the message the polls say the Republican base wants to hear.

A scenario is emerging in which Colorado loses Doug Lamborn–and then in a twist few would have predicted, actually comes to miss him.