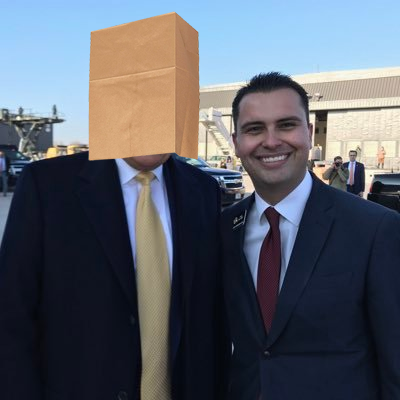 “Lamborn’s lack of effective leadership and compromised integrity have cost our community dearly over the last 15 years,” Williams said in a written statement announcing his campaign…

“It’s not difficult to know what kind of congressman I will be because during my service in the state House I’ve been a passionate advocate for the working families of Colorado and been an outspoken leader to expose and fix election fraud and to stop illegal immigration,” Williams said in his written statement. “I’m 100% pro-life and 100% pro-2nd Amendment because both issues are about protecting the innocent from harm.” 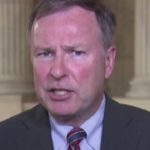 Rep. Dave Williams of Colorado Springs has helped anchor the far-right wing of the Colorado House GOP minority ever since his election in 2016, succeeding the no less flamboyantly fringe Rep. Gordon “Dr. Chaps” Klingenschmitt in representing a district that seems to have no minimal standards to represent them whatsoever beyond an (R) following a last name. As we’ve examined in some depth over the years in this space, Williams trafficks in a particularly distasteful form of “reverse identity politics”–pandering to the Republican right with virulent anti-immigrant and race-baiting rhetoric, often well beyond what would be considered acceptable from a white conservative.

Since the 2020 presidential elections, however, Rep. Williams has eagerly embraced the “Big Lie” conspiracy theory that the election was stolen from Donald Trump. Williams along with U.S. Senate candidate Ron Hanks and CD-8 congressional candidate Lori Saine campaigning to represent Republicans who refuse to move on from 2020–which we’re obliged to note once again is a majority of Republicans.

Rep. Doug Lamborn, who no longer has to compete with fellow Republican Rep. Scott Tipton for the title of least inspiring member of Congress from Colorado, has faced–and in most cases easily held off–primary challenges in most of his elections since winning the seat way back in 2006. Lamborn holds the seat primarily due to his reliable vote for defense contractors who along with the district’s military bases ironically prop up the economy of Colorado’s biggest conservative stronghold with taxpayer dollars. Lamborn has also proven skilled at manipulating the CD-5 primary field against itself in order to stay ahead of threats.

For all his apparent weakness, many fellow Republicans have tried to unseat Lamborn and none have succeeded. The question before us today is whether Republican politics have changed–some might use the word degenerated–enough in the MAGA era to give Rep. Williams a shot. In addition, Lamborn has been plagued by a flurry of recent ethical stumbles like the lawsuit filed by his former staff over working conditions, also alleging Lamborn let his son sleep in a Capitol storage unit because (Lamborn’s response) “the housing market in Washington, DC is very tight.” A House Ethics Committee investigation into Lamborn’s conduct was recently extended without comment, punting the uncertainty into the election year.

Will 2022 be the year Doug Lamborn finally gets fired? We don’t feel comfortable ruling anything out.