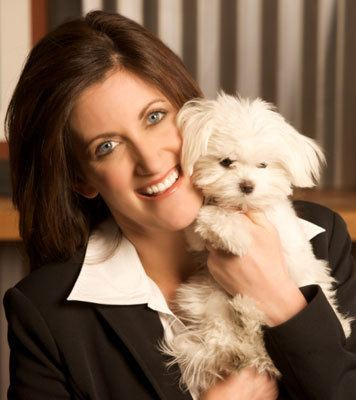 When Republican candidate for governor Heidi Ganahl’s first campaign manager Tiffany Coolidge resigned from the campaign barely a month after the campaign kicked off, it was an early and foreboding sign that things were not going well. Since then, Ganahl has continued to flounder while trying and failing to shake a determined primary challenge from upstart candidate Danielle Neuschwanger. Ganahl’s weak and disorganized campaign up to this writing has thrilled Democrats and dismayed fellow Republicans, helping to establish a political narrative ahead of this November’s elections in Colorado that’s considerably more positive in its outlook for Democrats than national forecasts.

But in a press release today, we see Ganahl is making some big changes in an attempt to turn around her faltering campaign, with a sweeping turnover of staff starting once again at the very top:

BOULDER: Heidi Ganahl’s campaign for governor of Colorado announced a major shake-up of staff this morning including the hire of a replacement campaign manager: Pickles, Ganahl’s three-year-old poodle-terrier mix. These changes come as Ganahl prepares for either the fourth or fifth relaunch of Ganahl’s campaign since entering the race for Colorado governor last fall and the Republican Party prepares for the state assembly one week from tomorrow.

“This campaign is laser-focused on taking down Jared Polis, and after a couple of unfortunate miscues with staffing we’re confident that Pickles is the right choice to lead us to victory in November,” said Heidi Ganahl. “I personally trained Pickles for years at a secret facility underneath the Cherry Creek Camp Bow Wow for the job of running my gubernatorial campaign in case humans failed me, which sure enough they did.”

“But not to worry,” said Ganahl, “because Pickles has the perfect set of skills for the job: biting reporters, liberals, and primary opponents in the ankle on command, and barking through ‘divisive questions’ instead of answering them. Most importantly, Pickles never talks back like my previous campaign managers, except when she’s hungry or needs to deposit some ‘pickles.’ That’s how we named her, isn’t it cute?”

Rather than taking questions afterward, Pickles chewed the foam covering off the microphone and growled when an assistant intervened to make her spit it out. A campaign spokesperson explained that this was a communications strategy successfully adopted by Glenn Youngkin’s campaign for governor of Virginia in 2021.

One more notable detail about today’s news after the jump.

Highlight the following text for an important message. APRIL FOOL!