9NEWS political reporter Marshall Zelinger with a scoop via Twitter this afternoon that Republicans hoping against hope to retake the Colorado governor’s office in 2022 don’t want to hear:

NEW: Tiffany Coolidge, campaign manager for @heidiganahl, will be leaving the campaign at the end of the month.

Zelinger asks optimistically, but we suspect he already knows the answer: 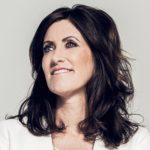 The answer to that question is of course no, there is no realistic circumstance in which a campaign manager is hired with the expectation of only running the campaign for six weeks. Whether it’s the disastrous kickoff of Hiedi Heidi Ganahl’s campaign in mid-September, the used RV tour around largely depopulated areas of the state, complete lack of a coherent campaign message, or the lackluster fundraising numbers posted after months of legally dubious preparation, Democrats don’t have to embellish the story of Ganahl’s failure to launch–it has played out for everyone to see, and it was only a matter of time before somebody took the blame.

The real question is, was Ganahl’s failure to launch the campaign manager’s fault…or the candidate?

If it’s the latter, staff turnover will be a symptom not a cure. Either way, even Ganahl’s fiercest defenders should be troubled. There is no scenario in which this is a good sign.