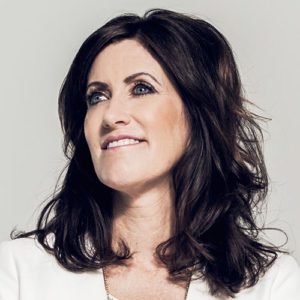 For the love of God, somebody write me a check!

Republican gubernatorial candidate Heidi Ganahl, a member of the University of Colorado Board of Regents, raised more than $135,000 in the roughly three weeks between launching her candidacy and the end of the third fundraising quarter, her campaign said Wednesday.

Ganahl, the founder of a national dog day care provider and the only Republican holding statewide office in Colorado, plans to report raising $137,249 from more than 300 donors, a spokeswoman said, adding that she gave her campaign $50,000 on top of that.

One hundred and thirty seven.

The Republican frontrunner for governor, Heidi Ganahl, raised $137,000 in her first fundraising period as a candidate. To put that in contrast, longshot GOP U.S. Senate candidate Erik Aadland raised $150,000 in Q3.

Who is Erik Aadland? Nobody knows. That’s the point.

Ganahl and her supporters will say that her fundraising number only accounts for a few weeks, but so what? If you’re saying this, it means you are explaining to people why your first fundraising quarter as a candidate was quite terrible.

Consider: The 2018 Republican gubernatorial nominee, Walker Stapleton, SPENT more than Ganahl raised in his first fundraising quarter ($140,242 in Q4 2017). Stapleton didn’t formally launch his campaign until October 2017, but he still reported raising more than $1 million for the quarter — and that was during the notoriously slow Holiday period.

Ganahl has been planning a run for Governor for more than a year — plenty of time to build up a deep network of donors ready to write her a check in her first weeks as a candidate. If she and her campaign knew that this was going to be the extent of her fundraising ability as a new candidate, then she should have announced sooner (or later…or never).

Prominent Colorado Republicans have already publicly acknowledged that Ganahl’s gubernatorial campaign is, um, not good. This is just further proof.