“Party Of Law And Order” Picks Another Winner 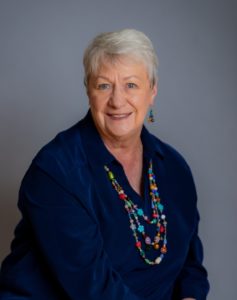 We reported yesterday on the nearly clean sweep of Republicans from state legislative districts in arch-conservative El Paso County, a turnover driven by a number of factors including the infiltration of the county party apparatus by the far-right organizing group FEC United. In the case of first-term incumbent GOP Rep. Mary Bradfield representing southeastern Colorado Springs, however, something a little more out of the ordinary appears to have happened:

A sitting Colorado state representative narrowly missed making this year’s Republican primary ballot, losing at the GOP assembly on Saturday to an intra party challenger who was convicted in August of felony trespassing and who currently faces misdemeanor charges including allegedly violating a protection order…

No GOP candidates made it on the primary ballot through the signature-gathering route, which means that Dent is the only Republican on the ballot in a district that leans heavily in the GOP’s favor. In other words, he is likely to become a state representative barring any major shake up.

It’s a result that Republican leadership may not have expected, but against an incumbent who claims she was too busy with the legislative session to knock on doors ahead of the assembly, shoe leather and persistence paid off for Karl Dent–who was able to dominate over the incumbent despite a third candidate on the ballot who also failed to reach the 30% threshold. And because Rep. Bradfield didn’t bother to collect petition signatures to make the ballot as insurance, she’s effectively out of the race for her seat. At this point, unless the GOP prevails on Mr. Dent to withdraw on his own or Democrats are able to mount a massive education campaign in an overwhelmingly GOP district, Dent has already passed the biggest hurdle he’ll have to taking office next January.

Which will make Karl Dent the El Paso County Republican Party’s greatest brand ambassador in the legislature since the doctor who lost his medical license or the defrocked chaplain who thinks most Democrats are demon possessed! In addition to the less than a year old felony conviction for trespassing, Dent is also reportedly facing misdemeanor animal cruelty charges, and yet another charge for violating a protection order granted to an ex-girlfriend. With all of this in mind, fellow lawmakers may have some serious and justifiable reservations about pulling all-nighters with Dent at the Colorado Capitol next January.

As for Rep. Bradfield? Like Scott Tipton says in retirement, complacency can have…very bad outcomes.