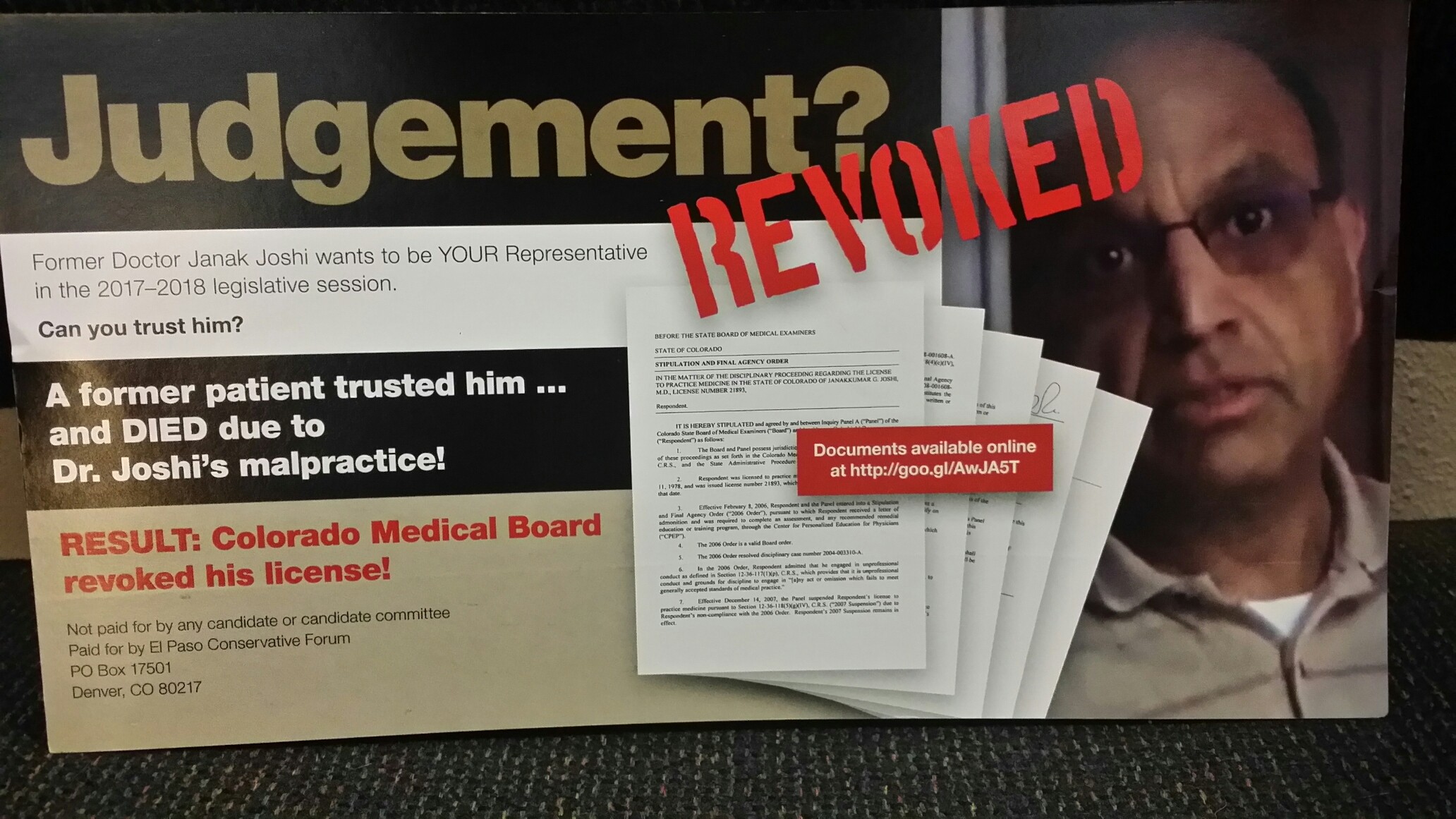 We wanted to make sure this report on the cut-throat GOP HD-16 primary from the Colorado Springs Independent from late last week didn’t escape mention–after all, it’s something we’ve been talking about for nearly six years now:

[A] few days ago, a mailer funded by Independent Expenditure Committee El Paso Conservative Forum of Denver hit mailboxes in the House district. The mailer, which cost $2,913.55, according to a campaign finance report, says of Joshi: “Can you trust him? A former patient trusted him … and DIED due to Dr. Joshi’s malpractice! RESULT: Colorado Medical Board revoked his license!”

The mailer provides this link to the agreement in which Joshi agreed to surrender his license.

Unlike the bizarre video circulating of an elderly woman accusing HD-16 GOP primary candidate Larry Liston of physically assaulting her, which is impossible to verify, the fact that incumbent Rep. Janak Joshi was forced to surrender his medical license before he became a state legislator is a matter of public record. We originally noted this fact in 2010 during Joshi’s first campaign for HD-16, and we’ve had numerous occasions to remind you–basically every time Joshi claimed to be “a physician.” It’s even been suggested to us that Joshi continuing to refer to himself as “a physician” after surrendering his license could itself be a violation of law.

In any event, in the nasty battle Rep. Joshi is waging against ex-Rep. Liston to keep his job, what we have here is a highly potent–and accurate–criticism of Joshi that seems to be getting very little notice. We’d say the Republican voters of HD-16 deserve to know that Joshi lost his medical license under a cloud before he was ever elected–and represents himself with no credibility as a “physician” in debates at the state legislature.

Because it’s true. Because unlike so much other mud slung in politics, this one can be proven.