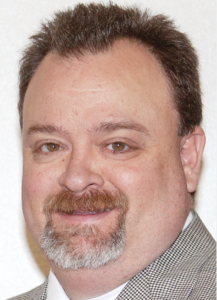 As the Denver Post’s Saja Hindi reports, we have a second admitted case now of a Republican Colorado county clerk tampering with election system hardware manufactured by Dominion Voting Systems as part of the never-ending fruitless quest to prove the conclusion they have already reached and are working back from by any means necessary: that the 2020 presidential election was stolen from Donald Trump.

Colorado Secretary of State Jena Griswold’s office is investigating a second county clerk over a possible elections security breach and has ordered Elbert County Clerk and Recorder Dallas Schroeder to turn over information related to allegations that he copied a voting system hard drive.

The Democratic secretary of state ordered the Republican county clerk to appear at a deposition Feb. 7 to explain how the copy of the 2021 Dominion Voting Systems hard drive was made after Griswold’s office said Schroeder did not respond to an email request and an election order requiring the disclosure of information about the “potential security protocol breach.” She also asked that video surveillance of voting equipment be turned on and that no one access the voting equipment unaccompanied…

Just like the case of Mesa County Clerk Tina Peters, Elbert County Clerk Dallas Schroeder is freely admitting to the substance of what he’s accused of: that he bypassed security in place around Dominion Voting Systems hardware in his custody to make an unauthorized copy of the operating system:

Schroeder is part of a lawsuit against Griswold’s office calling for an “independent forensic audit” of the 2020 election, a common refrain for those pushing baseless claims of widespread voter fraud in the 2020 election. As part of the filings, the secretary of state’s office said Schroeder signed an affidavit, dated Jan. 7, which states that he “made a forensic image of everything on the election server, and I saved the image to a secure external hard drive that is kept under lock and key in the Elbert County elections office” before the “trusted build” process took place.

Unlike in Mesa County, where the disk images Peters either stole herself or allowed to be made during unauthorized access to the machines, it doesn’t appear that Schroeder has distributed the data to the nether reaches of the online conspiracy theory world including the rumored instigator of the “QAnon” movement. Clerk Schroeder in Elbert County apparently created an unauthorized copy of the data for some kind of future investigation, presumably similar to the one the same conspiracy theorists who prevailed on Clerk Peters wanted to conduct.

But as the Colorado Sun’s Jesse Paul reports, you can’t do that either:

“Colorado county clerks are required by law to follow election rules,” said Annie Orloff, a spokeswoman for Griswold. “There are security protocols that need to be followed, such as who has access to voting equipment, prohibition in using an unauthorized USB or other devices, prohibition of breaking seals on the voting equipment without logging, among other things.” [Pols emphasis]

As was the case with Clerk Peters in Mesa County, the only security deficiency that has been uncovered here was due to the actions of the clerks themselves. The act of breaking seals, powering up devices ad hoc, and connecting non-approved storage peripherals to copy data introduces massive holes in the security protecting those machines that, as was the case in Mesa County, ultimately meant they could no longer be trusted and had to be replaced. The half-baked “report” prepared by individuals with access to the election data purloined from Mesa County makes it obvious that these armchair investigators don’t even know what they’re looking at, let alone able to discern from what was stolen evidence of election fraud. And if as a sworn election official elected by the public you have legitimate concerns of this kind, there are channels for voicing them that do not require tampering with election equipment yourself.

You might think that for anyone with the responsibility of a county clerk, this should be obvious. We’re happy to report that in 62 of Colorado’s 64 counties, so far it is. But at least two of those county clerks, we now know, should probably not be allowed near any trusted institution including our election system again.