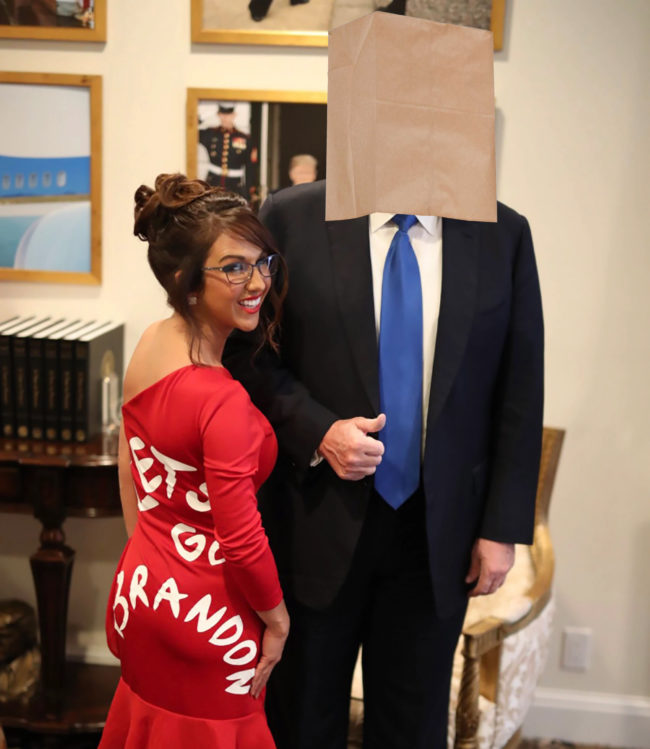 Rep. Lauren Boebert (R) and the former occupant of the White House.

“Congresswoman Lauren Boebert has done a fantastic job in her first term representing Colorado’s Third District,” Trump said in a statement Wednesday. “She is a fearless leader, a defender of the America First Agenda, and a fighter against the Loser RINOs and Radical Democrats. She will continue to be tough on Crime, strong on Borders, and always protect our under-siege Second Amendment. Lauren has my Complete and Total Endorsement for her reelection!”

Trump’s comments come as the House approved a bill Tuesday aimed at combating “worldwide” Islamophobia, which was drafted in response to comments Boebert made about Rep. Ilhan Omar, D-Minn., that critics called Islamophobic.

Video emerged that month, showing Boebert referring to Omar as a member of the “Jihad squad” while also claiming that a Capitol Police officer once confused Omar for a suicide bomber.

While Boebert was freshly on the defensive after her nullified apology left Democrats demanding further action be taken, ex-President Donald Trump issued a statement that, without mentioning Boebert by name, said that “Omar should apologize” and invoked some of the same false accusations about Rep. Omar Boebert repeated. The timing of both that statement and yesterday’s endorsement were clearly meant to signal that Republicans had better not do anything to punish Boebert lest they risk Trump’s vengeance.

Trump’s ringing endorsement also shows the tough road that Sen. Don Coram or any other Republican challenger will have trying to unseat Boebert in a primary, with so many Republican primary voters now non-transferable MAGA cult members. It will be up to Republicans who have had enough of both Boebert and Trump along with independent voters that the far-right tried and failed to exclude from the nominating process to overcome Trump’s support for Boebert in the GOP primary.

There is still a possibility that given the House GOP leadership’s refusal to hold Boebert in any way accountable the Democratic House majority leadership will make good on their commitment to take action. For this news cycle however, thanks as usual to Donald Trump, the lowest common denominator of our politics has triumphed once again.