The Pivot To Voting Rights: A Time To Be Honest 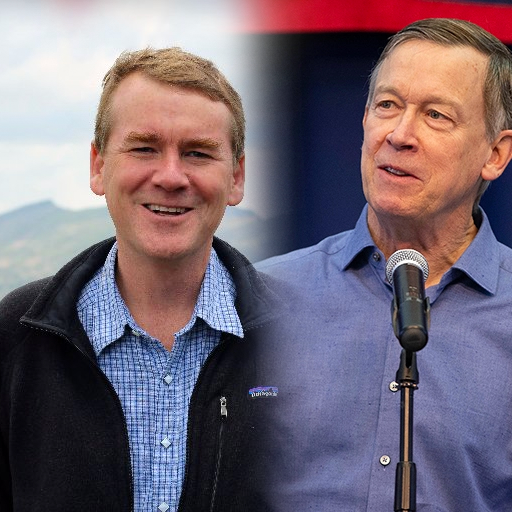 Sen. John Hickenlooper of Colorado on Wednesday announced his support for “changes” to the filibuster, as Senate Democrats move to take up voting rights legislation in the final weeks of the year.

“We’ve been here almost a year, and we’ve seen enough: It’s time to change the filibuster to protect voting rights,” Hickenlooper said in a statement released by his office. “Protecting the right to vote shouldn’t be a partisan issue, and we set out to work across the aisle. But three separate voting rights bills have failed in the Senate this year.”

Hickenlooper’s announcement came as Senate Democrats signaled they would postpone consideration of President Joe Biden’s “Build Back Better” budget bill until next year, and instead move forward with legislation to protect voting rights.

News of this shift of priority to passing legislation to protect voting rights, which has always been the highest Democratic priority after passage of Build Back Better itself, comes as talks between the White House and Sen. Joe Manchin of West Virginia broke down this week over continued funding of the expanded Child Tax Credit–putting Manchin squarely into conflict with one of the CTC’s principal supporters, Sen. Michael Bennet of Colorado:

One of the most pivotal issues holding up progress is the child tax credit, a major Democratic Party priority that delivers aid to families and is key to the Biden administration’s effort to reduce child poverty. Manchin wants to cut the expanded child tax credit from the bill, with a source telling CNN that he wants to “zero it out.”

The Denver Post’s Alex Burness reports, we’re talking about a lot of Colorado families who will very quickly feel the pain unless the tax credit is extended:

Some 600,000 Colorado households were slated Wednesday to receive their monthly payment through the federal expanded child tax credit program.

But those families should not count on this program continuing. Unless Congress acts to extend the program — and that doesn’t appear likely in this calendar year — there’s no promise of any payments beyond those that go out Dec. 15.

If this program expires, said U.S. Sen. Michael Bennet, a Colorado Democrat who has championed this tax credit, “It’s going to make it harder for (families) to pay the rent, to pay for food, to pay for child care.”

If the push to change filibuster rules enough to get a voting rights bill through with 50+1 votes succeeds, and the latest word is that fellow recalcitrant Sen. Krysten Sinema still doesn’t support weakening the filibuster so that is not in any way assured despite Manchin’s expressed support for a voting rights bill, it would be a significant accomplishment for Democrats with practical benefits in terms of combating vote suppression going into the 2022 midterms. But with so much hanging in the balance including the biggest direct attempt to reduce childhood poverty in most of our lifetimes, the fight to fund the CTC with or without the rest of Build Back Better will be top priority in the new year.

No honest observer of this situation can characterize it as politically ideal for Democrats. The U.S. Senate 50/50 split has left the party’s agenda effectively at the mercy of its weakest links. Sens. Manchin and Sinema have done tremendous damage by protracting this intra-party struggle through the first year of Biden’s presidency, and showing voters how fractious the couldn’t-be-narrower Democratic majority coalition is. The results of the 2021 elections threw a scare into Democratic leadership, who responded by hastily passing the bipartisan roads and bridges bill–giving Biden a bankable win at the expense of weakening his negotiating position to pass Build Back Better.

What Colorado Democrats must always remember is that this is not being done by fellow Colorado Democrats like Sen. Bennet and Sen. Hickenlooper. They are victims of the weakness at the margin of this smallest possible majority like the rest of us. Manchin has kicked the legs out from under major policy priorities from both Hickenlooper and now Bennet with Manchin’s assault on the Child Tax Credit. And if Bennet or Hickenlooper “get tough on Manchin,” whatever that means but that being the battle cry of vengeful progressive activists, Manchin will simply make good on his threats to switch parties, at which point all hope of passing anything Democrats want ends.

With all of this dreary reality acknowledged, the long-term best-case scenario is still pretty good. If Democrats get meaningful voting rights protections to Biden’s desk in this priority pivot, if they return after the holidays with renewed urgency to pass Build Back Better and keep relief flowing to millions of American families…

Until that is mathematically impossible, the only option is to keep plugging away with the army they have.