Occupy:This is who the Denver Police raided?

Today at the Occupy Denver rally, the Police decided to send out riot police to ‘crack down’ on the protesters and clear the square.

I filmed and photographed the people in attendance, people of all ages and walks of life – all there to peacefully protest and march. In fact as you can see in this video, the speakers spoke out forcefully about remaining non-violent. At the end of the video is a group of kids I included that were there to protest but also to have fun – expressing their freedom of speech and assembly -part of being a free American citizen.

I included them because, well, LMFAO is awesome, and these kids were near the front of the capitol where the Riot police were standing. I assume they were met with the same force. I hope they are OK.

And watch the people in the video, young and old, including mothers with infants and Vets – were these people deserving of this?

Was that necessary for a lady wanting a job? 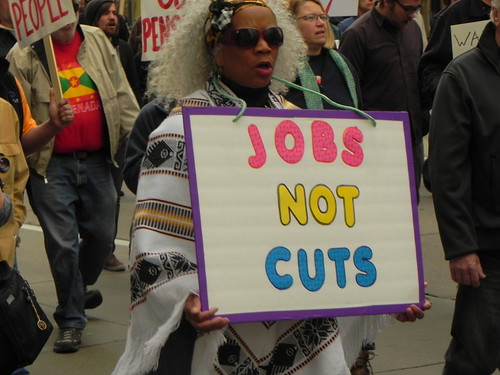 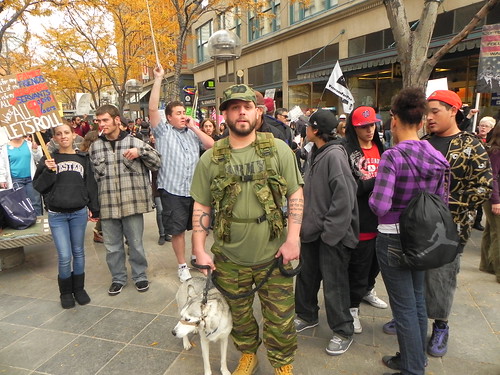 A mother and child? 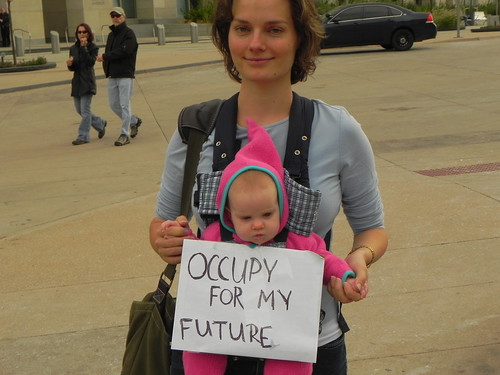 this dangerous mob of regular folks? 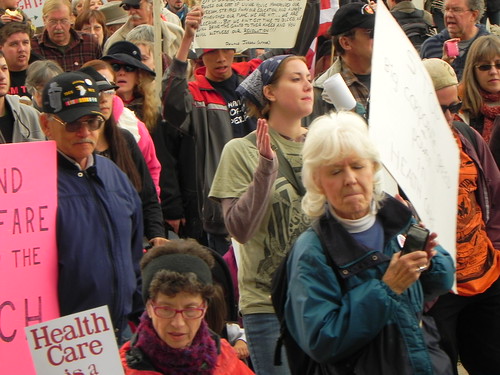 This is the guy who was trying to explain to the police that their permit included the Capitol Steps. 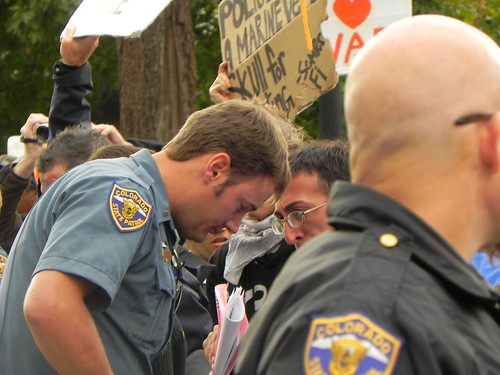 These regular cops were polite, and even when the first riot police arrived, it seemed innocuous.

I left the rally then, frankly because the speakers doing the Mic Checks were telling the people that there would be no march up the Steps and that everyone should keep protesting back at Veterans Park.

So what happened Denver Police – Tell me why these people deserved bully clubs, guns and riot gear?

Does that do you city proud?

Is there Honor in this?

Oh, and it turns out a contributor to the Mayor and Governor was seeking to co-opt the Occupy Denver movement by seeking a patent for the naming rights – but has now withdrawn it.

Friendly advice to the Denver Mayor, our Governor, and the Police – watch what’s happening to Mayor Quan of Oakland. This is not going away, it cannot be co-opted or beaten down. 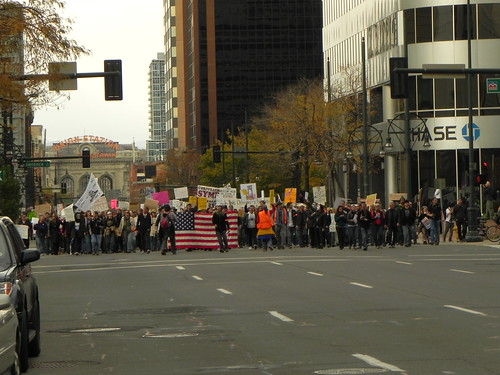