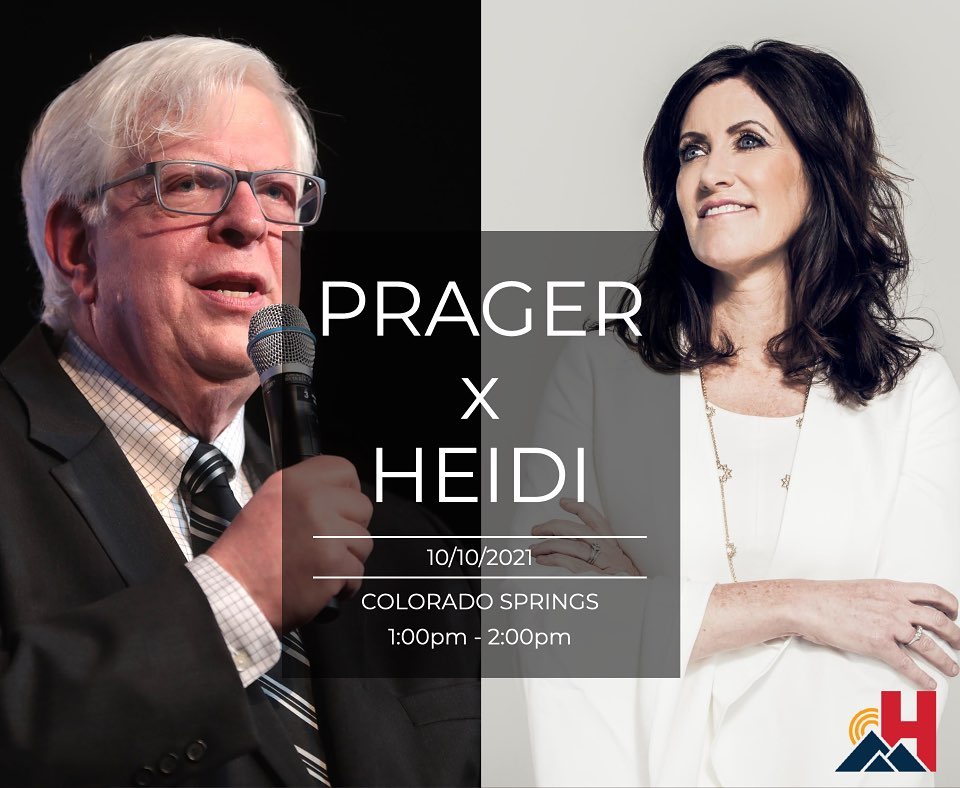 The last two weeks of news in the Colorado governor’s race have been dominated by a campaign event for Republican Heidi Ganahl starring nationally-known conservative commentator Dennis Prager on October 10th. Ganahl, running in a state which has been trending Democratic in recent elections against a popular Democratic governor, would seem to have little to gain from inviting a right-wing ideologue to frame the issues her campaign will confront before the candidate could–and as it turned out, the event was a disaster well beyond whatever gain Ganahl could have hoped for.

The day after the event, Colorado Democrats assailed Ganahl over a variety of outrageous statements Prager made, from claiming it is an “act of child abuse” to give children the COVID-19 vaccine to referring to schools–presumably including Ganahl’s own University of Colorado–as “poison factories.”

But by far the worst calamity suffered by Ganahl came when Prager disclosed over a week after the original event that he had contracted and was being treated for COVID-19–after telling attendees at Ganahl’s event that he had “been trying to get COVID for a year and a half.” Prager’s announcement on his radio show five days after he reportedly tested positive was the first word the Ganahl campaign claims to have had, and sent the campaign scurrying to contact everyone present to let them know they may have been exposed. Bizarrely, Ganahl’s campaign claimed ignorance of even Prager’s stated desire to contract COVID, even though Prager announced it to everyone present at the event.

For a Republican hoping to use competency in managing the COVID-19 pandemic as an argument in her favor, this episode is absolutely devastating to Ganahl’s credibility. The very idea that Ganahl would proceed from this to criticize Gov. Jared Polis on any subject even remotely related to COVID-19 is just laughable. It’s like Michael “Brownie” Brown giving tips on hurricane relief now, which we’re obliged to note that yes he still does and it’s beyond ridiculous. In the aftermath, 9NEWS Kyle Clark delivered the coup de grace--to Ganahl, hopefully not any of her supporters:

Ganahl has described her campaign as an uphill climb. One strategy would be to keep as many of her supporters alive as possible. [Pols emphasis]

Republicans are desperate to dent Gov. Polis’ enduring high approval ratings, and the pandemic would logically be the place to start given the massive disruption it has caused to every part of the economy and society. The problem now is Ganahl’s dangerous COVID-19 buffoonery on the campaign trail has made that impossible. Prager’s extreme example of COVIDiocy after being warmly embraced by Ganahl, who gushed over “soaking up his wisdom” as she introduced Prager to the audience, makes a joke out of every Republican attack on Polis over his handling of the pandemic.

Since Ganahl’s campaign launch less than two months ago with a series of avoidable errors, bumbled answers to unavoidable questions, anemic fundraising, and the departure of Ganahl’s campaign manager, there have been warning lights aplenty that this campaign is coming apart despite all the forethought that went into its long-runway launch.

At this point, if any viable candidate steps in, Ganahl is no longer the “frontrunner” for anything.