Get More Smarter on Friday (Sept. 24)

The Denver Broncos could be [squints] 3-0 after this weekend. Let’s Get More Smarter. If you think we missed something important, please include the link in the comments below (here’s a good example). If you are more of an audio learner, check out The Get More Smarter Podcast. And don’t forget to find us on Facebook and Twitter.

► The Big Lie is getting increasingly difficult to sustain. The shady Arizona election audit that was supposed to show that Donald Trump actually received more votes than Joe Biden in the 2020 election turned out to be a complete bust.

Trump, of course, is blaming the media somehow:

“Huge findings in Arizona! However, the Fake News Media is already trying to ‘call it’ again for Biden before actually looking at the facts—just like they did in November!” Trump said, invoking once again his baseless claim that the 2020 election had been stolen from him.

As a reminder, the Arizona audit was initiated by  the Republican-controlled State Senate and overseen by a Florida company called “Cyber Ninjas” with longstanding ties to proponents of The Big Lie. This audit couldn’t have been more friendly toward Trump if it had allowed Ivanka Trump and Jared Kushner to count the votes personally. 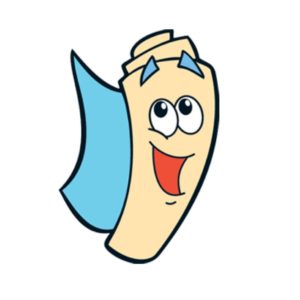 The independent panel tasked with redrawing Colorado’s new congressional lines has until Tuesday to make up its mind. And the panel doing the same for state House and Senate districts isn’t far behind, with an Oct. 11 deadline looming.

Both commissions released new proposals Thursday. The congressional map, which includes the new 8th District in the suburbs north of Denver, would give Democrats an edge of at least seven points in four districts, according to aggregated results from recent elections. Republicans would control three districts, and the 8th District would essentially be a tossup — though elections since 2016 suggest a 1.3% advantage for Democrats.

Visit the Colorado Redistricting website to get a look at all the map proposals.

► Frontline workers, people over the age of 65, and anyone with underlying health conditions who have already received the Pfizer vaccines are being encouraged to get a third booster shot.

Colorado’s independent congressional redistricting commission has entered the final stretch in fashioning a map for the next decade that incorporates a new eighth district and tries to keep intact communities of interest, such as Hispanic and Latino voters and urban and rural economic interests. That and avoiding splitting cities and counties into separate districts headlined commission discussions Wednesday…

…Commissioners have a Sept. 28 deadline to approve a map and must submit it to the state Supreme Court by Oct. 1.

Final approval by the 12-member commission requires at least eight “yes” votes, including two unaffiliated commissioners. If the commission fails to submit a final map next week, a staff map must be submitted, without amendments, for judicial review. The court must approve a congressional redistricting map by Dec. 15, 2021.

► Congressperson Lauren “Q*Bert” Boebert continues to make national news for all the wrong reasons. We wrote earlier this week about ongoing questions about her campaign finance practices. The Washington Post finally figured out a cryptic part of her most recent filing correction:

A report her campaign submitted to the FEC on Tuesday specified that Boebert had made those four payments — two each of $2,000 and two each of $1,325 — to John Pacheco, and described them as rent and utilities “billed to [the] campaign via Venmo in error.” The report also noted that Boebert had reimbursed her campaign for those expenses, and that those reimbursements would be reported in the next FEC filing period.

In the report, Boebert’s campaign listed Pacheco’s address as 120 E. 3rd St. in Rifle, Colo. — the same address as Shooters Grill, a restaurant Boebert and her husband own, as well as a former marijuana dispensary next door that was converted into Boebert’s campaign office. However, no public records show Pacheco affiliated with that address. A deed shows Pacheco as the owner of a two-bedroom townhouse on Capitol Hill, and interior pictures from a Zillow listing for that townhouse show elements that match the background from recent interviews Boebert has given from home.

Reached by phone Thursday, Pacheco confirmed Boebert was his tenant in Washington but said he had “no idea” whether her rent money had been paid through her campaign or about anything regarding the amended FEC reports.

Who hasn’t at one time or another accidentally listed their Washington D.C. landlord as living at their Rifle, Colorado restaurant? Amirite?

There’s more on the story from 9News, CBS4 Denver, and The Pueblo Chieftain.

► Ian Silverii, a Denver Post columnist and co-host of The Get More Smarter Podcast, was on MSNBC on Thursday evening to talk about Rep. Lauren “Q*Bert” Boebert:

“This is the entire problem—she’s a failed businessperson and she’s using her campaign funds to paper it over,” says the Denver Post’s Ian Silverii on Rep. Boebert spending campaign money on her restaurant Shooters Grill. https://t.co/91NvElZH3y

The full interview is available below:

► China is banning all cryptocurrency transactions in a move that should have serious implications for the pretend money that nobody seems to really understand.

► Iowa Republican Senator Chuck Grassley, who at 88 is the oldest U.S. Senator, announced that he will seek re-election in 2022. 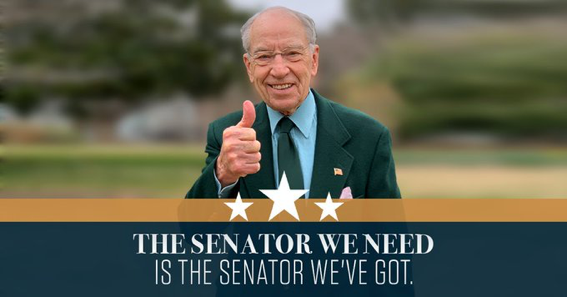 What was the rejected slogan? “Chuck Grassley: I Mean, He’s Already There.”

► The Grand Junction Daily Sentinel reports on a public lands provision added to a defense measure in the House of Representatives.

► Jesse Paul of The Colorado Sun reports on a late effort to block a ballot initiative from appearing on the ballot next month:

The head of a liberal-leaning fiscal policy organization and a Summit County commissioner filed a lawsuit Thursday seeking to block one of three statewide measures set to appear on the November ballot, arguing the Colorado Secretary of State’s Office inappropriately approved the question and that any votes for it shouldn’t be counted.

Scott Wasserman, of the Bell Policy Center, and Summit County Commissioner Tamara Pogue claim that Amendment 78, which would require more legislative oversight over how money from legal settlements and the federal government is spent, should be able to appear only on even-year ballots. That’s because odd-year elections in Colorado are supposed to be reserved for questions that have to do with the Taxpayer’s Bill of Rights.

Amendment 78, the plaintiffs assert, is not a TABOR question.

► As Ernest Luning reports for the publication formerly known as The Colorado Statesman, Mesa County Clerk and Recorder Tina Peters’ efforts to raise money for her legal defense is probably not something she can legally continue.

Saja Hindi of The Denver Post has more on the Peters saga:

It’s the latest in a legal tangle over allegations that Peters let an unauthorized man access a secure area at the county election office on May 25, and that a QAnon conspiracy theory leader published passwords from the voting systems online in early August.

Last week, Peters — who had been out of the state for more than a month and has become popular among 2020 election conspiracy theorists — responded to the lawsuit by providing to commissioners and the court a report that alleges wrongdoing by the secretary of state’s office and says that a state upgrade wiped out election records that elections officials are required to keep.

► Oh, neat! There’s another insurrectionist with ties to Colorado.

► Natalie Meyer, Colorado’s longest-serving Secretary of State, died on Thursday at the age of 91.

► Former President Trump is not a complicated man. Eventually, Trump turns his back on every one of his friends — including those who were most loyal to him. As Chris Cillizza writes for CNN:

That time came on Thursday for South Carolina Sen. Lindsey Graham, who has sacrificed much over the past four years to ingratiate himself with Trump, in the wake of the release of “Peril,” a book on Trump’s final year in office.

The book by authors Bob Woodward and Robert Costa documents Graham’s repeated — and unsuccessful — attempts to convince Trump to concede the 2020 election.

“I spent virtually no time with Senators Mike Lee of Utah, or Lindsey Graham of South Carolina, talking about the 2020 Presidential Election Scam or, as it is viewed by many, the ‘Crime of the Century,'” Trump wrote in a statement sent via his Save America PAC. “Lindsey and Mike should be ashamed of themselves for not putting up the fight necessary to win.” [Pols emphasis]

Trump’s heel-turn on Graham should surprise no one — least of all Graham himself. After all, the South Carolina senator had a prime view over the last few years of how nothing and no one is ever good enough for Trump. Everyone, eventually, lets him down. He is the only one truly dedicated to fighting the, uh, good fight.

Why would ANYONE stand behind Donald Trump?

► A “Justice for J6” rally is supposed to take place in Denver on Saturday, as Westword reports. There could be handfuls of people downtown tomorrow.