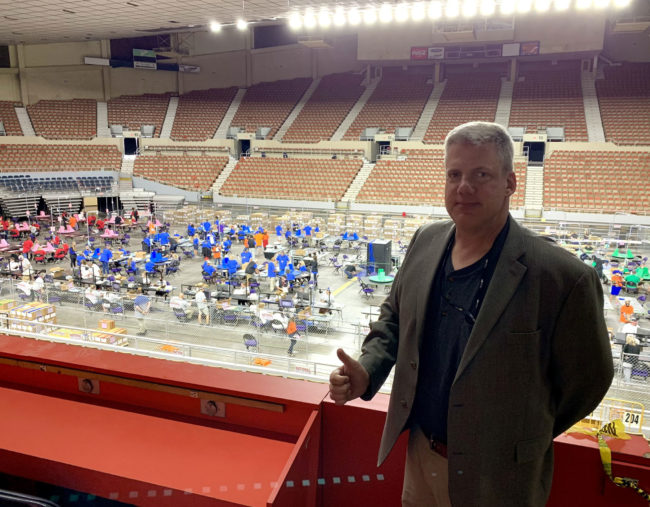 After months of speculation, hype, and repeated false-start announcements of an impending bombshell that never materialized, ABC 15 News in Arizona reports on the end of that state’s ridiculous second-guessing by Republicans who refused to lose graciously, a process they misleadingly called an “audit” of the 2020 presidential elections:

Nearly six months after it started, and at a cost of $5.7 million, the findings of a forensic audit of the 2020 Maricopa County presidential election will be released Friday…

The draft of the forensic audit’s hand count totals of paper ballots was not substantially different than Maricopa County’s official numbers.

Deep breath everybody, this is the last bit of suspense you get:

The report addresses other concerns about whether voters may have voted twice or if people were not using their current address to vote. It also makes suggestions on how to make improvements to Arizona’s election system. The report found no evidence of some of the claims, like bamboo paper ballots coming from China.

Ex-President Donald Trump fired off a statement last night, apparently not yet aware that the audit had failed to uncover the evidence of election fraud he was counting on:

As of this morning, this statement no longer appears on Trump’s website.

The ignominious end of Arizona’s so-called “audit” of the election results may or may not put a halt to similar efforts getting underway in other states. Colorado’s creepy freshman conspiracy theorist Rep. Ron Hanks, who upon his return from touring the Arizona audit said it is a process we should “clone and take to separate different states and do the same thing,” claimed he had already seen enough evidence from the audit over the summer to conclude the election was stolen. We assume in hindsight this was based on massive amounts of misinformation that “leaked” from the ongoing audit, like the false claim of 74,000 mail-in ballots “that were never sent in” promoted by Rep. Lauren Boebert.

The results of this “audit” come as no surprise to the majority of Americans who still trust our democratic process, and it’s a devastating blow to whatever credibility the 2020 election deniers had left. What are they going to say now? Don’t get us wrong–you can be certain they’re going to say something. There’s too much invested in the doubt sown with the Republican base in American elections for Trump to simply walk away from the “Big Lie.”

But if this doesn’t chip away at even faithful Republicans who believe the “Big Lie,” maybe nothing can.