Did You Meet FreedomWorks’ Traveling Insurrectionist? 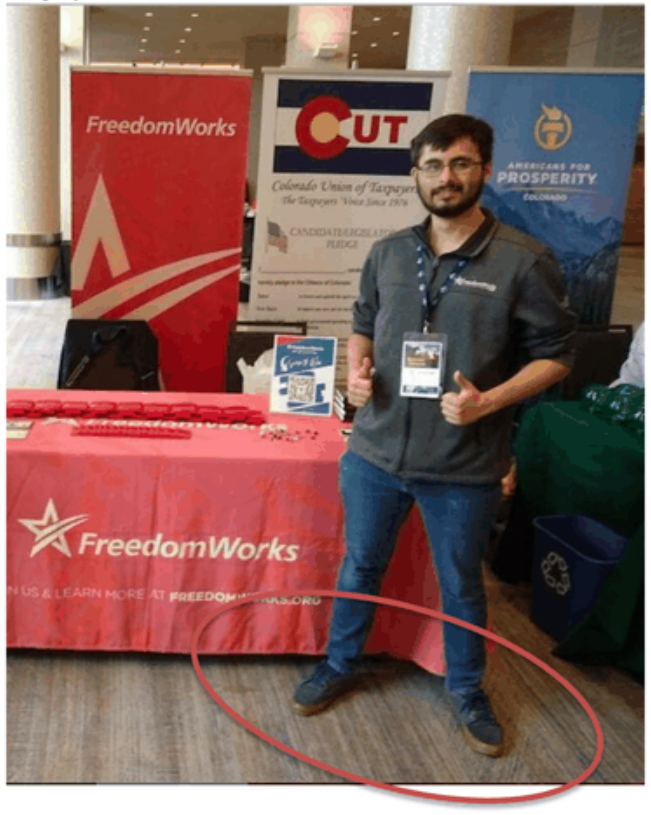 As Politico reports, an employee–scratch that, now ex-employee–of the well-known conservative astroturf organizing group FreedomWorks, Brandon Prenzlin, recently joined the 650-odd insurrectionists facing charges over the riot at the U.S. Capitol on January 6th supporting efforts to overturn the 2020 elections:

An FBI investigation that included an airport stakeout led to the arrest Friday of a former grassroots organizer for the conservative group FreedomWorks for allegedly taking part in the storming of the Capitol on Jan. 6 as electoral votes were being tallied…

FreedomWorks highlighted a series of election fraud claims before and after the vote last November, stoking the same anger that brought many to the Capitol to insist — incorrectly — that former President Donald Trump had won reelection.

However, after the Jan. 6 riot, the advocacy group issued a statement saying violence had undercut “the very foundations of what our founding fathers built.”

Because Mr. Prenzlin was only inside the U.S. Capitol for a few minutes, he appears to have been harder to track down than the many hundreds of other insurrectionists who were picked up in the immediate aftermath. The complaint against Prenzlin filed in D.C. federal court details how Prenzlin was identified in part by blue lace-up shoes he wore in the Capitol on January 6th and was later photographed wearing at the Western Conservative Summit in Denver on June 19th of this year. Those same shoes gave Prenzlin away to federal agents tailing him at Washington National Airport the next day.

We’re inclined to think that if WCS attendees had known the FreedomWorks table was manned by a real-life January 6th insurrectionist, he would have been a lot more popular! We’ll probably never know exactly when the bosses at FreedomWorks knew Prenzlin was inside the Capitol–but given that Prenzlin was reportedly only fired on September 20, there’s a good possibility that the only sin in FreedomWorks’ eyes was getting caught.

Next insurrection, throw away the shoes.