Lest you had any mistaken sense that Colorado Republicans were setting aside their differences ahead of a challenging midterm election next year, the irascible no-compromise gun rights group Rocky Mountain Gun Owners sets the record straight to commemorate World Rhino Day 2021: 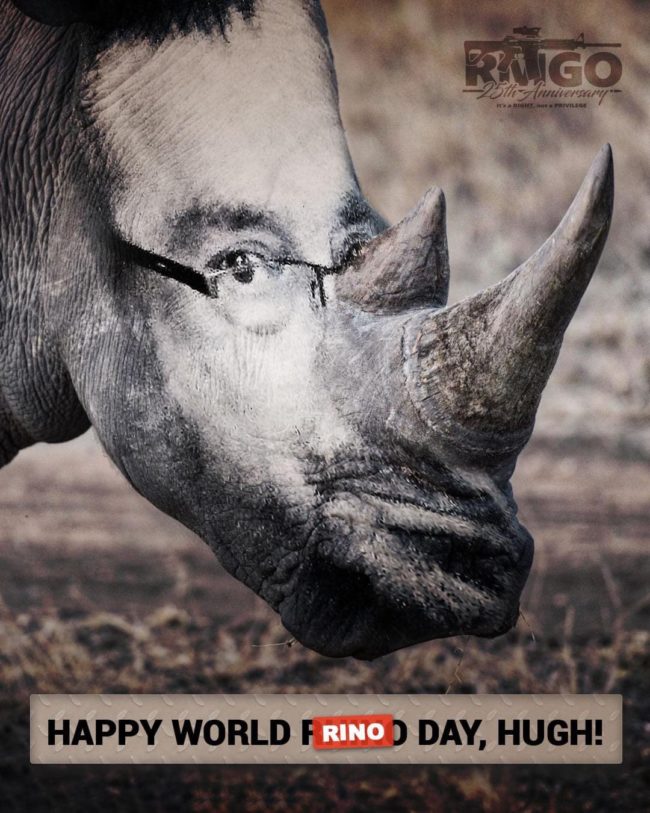 Come on, it’s funny–and the Photoshopping could be worse! And it is in fact World Rhino Day.

But if there’s one thing we from years of seeing RMGO in action, it’s that being smacked down by their fellow Republicans will never deter them. Smarting from defeat is historically when RMGO regroups to do the most damage. RMGO has always wielded the bulk of their power in Republican primaries, producing general election candidates who are either too unqualified to win or safe-seat embarrassments to the Republican brand who do damage beyond their own races. That’s one of the principal reasons they’ve become known as arguably one of the best unintentional assets Colorado Democrats have.

Smacked down though they may be, RMGO’s message to the Colorado GOP is clear: no peace in our times.