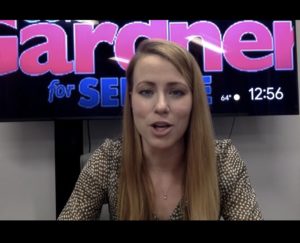 The conclusion of this year’s historically productive session of the Colorado General Assembly was marred, as readers know, by a failed attempt by the hard right wing of the House Republican minority to remove Minority Leader Hugh McKean from his position immediately following adjournment. Freshman Rep. “Raging” Ron Hanks led the rhetorical assault on McKean, but as the Denver Post’s Alex Burness explains, the same old factional split with which the House GOP started out the session is what’s driving the ongoing conflict:

To the 24 caucus members gathered, Hanks complained they were ineffective, unwilling to fight the Democrats in the majority and generally rudderless. He called for the ousting of the caucus leader, Loveland Rep. Hugh McKean. Over about 45 minutes, the Republicans snapped at one another, cursed, fought over the basic rules of how the meeting should be run — all in front of the media and House GOP staffers.

Recall that McKean became the leader because the caucus decided to move on from former leader and current Rep. Patrick Neville of Castle Rock, who has a record of going after his own colleagues and has been accused by former and sitting Republican lawmakers of mismanaging campaign funds.

The pro-Neville faction, of which Hanks is a part, appears to be even more out of power than a year ago. Other than Lauren Boebert, the far-right, no-compromise culture-war stuff just hasn’t worked on voters, which is one big reason the Colorado GOP is out of power… 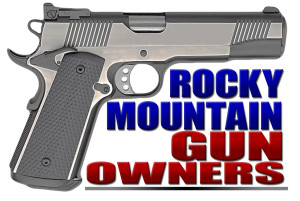 Yesterday afternoon, Colorado Republican Party chairwoman Kristi Burton Brown weighed in with a statement co-signed by almost all of the House Republicans who voted 15-8 against ousting McKean, calling out infamous “no compromise” gun-rights organization Rocky Mountain Gun Owners by name in a turnabout that makes the head spin:

Together with Representatives Baisley, Bradfield, Carver, Catlin, Geitner, Holtorf, Larson, Lynch, McKean, Pelton, Pico, Rich, Soper, Van Beber, Will, and Woog, the Colorado GOP urges our fellow Republicans to dismiss false accusations that any member of our House caucus is anti-gun. Every Republican elected to our State House is an ardent supporter of the Second Amendment and will continue to defend each Coloradan’s constitutional right to defend themselves and their families.

This session, Democrats shamefully voted to endanger Coloradans’ concealed carry permits and take away their right to self-defense. Rocky Mountain Gun Owners should join in defending lawful gun owners against the real opponents of the Second Amendment — the Democrats.

Kristi Burton Brown’s public rebuke of RMGO is especially noteworthy since just two years ago in 2019, KBB and RMGO were allies in the disastrous failed recall campaign against Rep. Tom Sullivan of Centennial. The hubris of the Sullivan recall helped break the back of the larger campaign mounted by Republicans following the 2019 legislative session to target vulnerable lawmakers and Gov. Jared Polis for recall campaigns, but it didn’t hurt KBB personally as she ascended to the post of party chairwoman. If anything, the failed recall gave KBB some juice with the conservative grassroots.

Despite the fact that McKean survived the attempt to remove him from his Minority Leader post, the underlying conflict between the “suits” wing of the Republican Party and the activist base who the Neville clan still very much aspires to speak for is not going away. Rep. Lauren Boebert’s low-information big-MAGA energy helped propel KBB past her opposition for party chairwoman, but since then KBB has gone off-message in some troubling ways for conservatives: suggesting that a focus on abortion doesn’t win elections, that there’s no “loyalty test” to former President Donald Trump in today’s Republican Party, and now siding with the corporate wing of the party over her erstwhile RMGO allies.

All we can say is that either KBB has learned a lesson, or she’s about to.

Because this isn’t over, and RMGO has never once in our experience gone away quietly.