There’s No Threat To Tina Peters (Except The FBI) 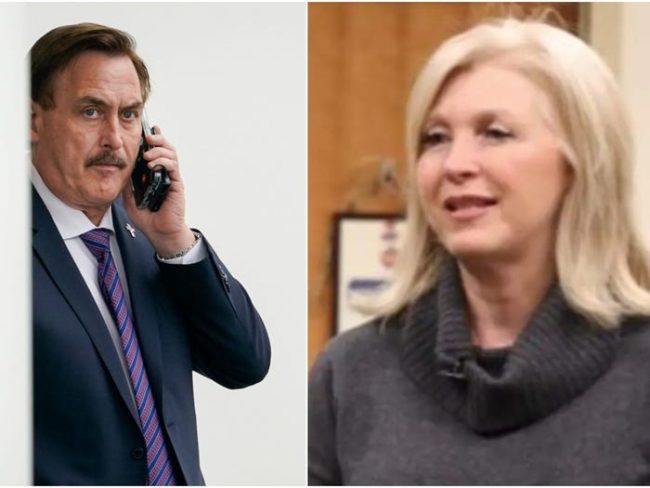 Mesa County Clerk Tina Peters, under criminal investigation over a major breach of election system security in her office that (this goes in the lede of every post now, sorry) did not uncover any evidence of a conspiracy by Dominion Voting Systems to steal the election from Donald Trump, has been in hiding at an undisclosed location provided by “MyPillow Guy” Mike Lindell for over two weeks now. Mesa County’s all-GOP Board of Commissioners issued a public plea this week for Peters to “come home” and cooperate with the investigation.

Lindell asserts that he is hiding Peters out of concerns for her safety after playing a starring if not exactly revealing role at Lindell’s so-called “Cyber Symposium” earlier this month. Looking for more information that could perhaps justify that contention, the Grand Junction Sentinel’s Charles Ashby filed an open-records request for Peters’ emails:

Embattled Mesa County Clerk Tina Peters claims that it isn’t safe for her to come home in the wake of investigations into her potential involvement in a security breach in her elections office, but there is no evidence of any actual threats based on numerous emails she has received over the past two weeks.

The results of a Colorado Open Records Act request of those emails by The Daily Sentinel showed that the preponderance of them, 43 of 65, supported her actions in attempts to demonstrate alleged problems with the Dominion Voting System equipment that Mesa and all but two other Colorado counties have used to tabulate ballots for years.

Only 22 were negative, either calling Peters a moron, a traitor to democracy or asking her to resign her position, many of which were laced with profanity…

One of those latter types of messages, you’ve got to admit, is pretty funny:

“You are going to look great in an orange jumpsuit. Enjoy your time in jail. Hope they give you a Mr. Pillow for your bed in your cell.”

Lindell says he is covering Clerk Peters’ expenses while she remains in hiding, and has promised to pay for her legal defense in any forthcoming criminal case. That’s probably illegal under Colorado’s Amendment 41, which strictly limits allowable gifts to public officials. But Amendment 41 is small potatoes compared to the only real “threat” to Clerk Peters: being brought to justice by actual law enforcement. The moment a criminal indictment is issued in this case, if Peters does not immediately surrender to the appropriate authorities she’ll be a fugitive from justice–and “MyPillow Guy” will be the harborer of one.

We just feel it should be very clear for the record who Tina Peters is hiding from, and why.